A 15 year old Israeli boy is in stable condition with wounds to his chest and back after a terror-motivated knife attack.  East Jerusalem resident Fadi Aloon (Fadi Alwan) fled the scene and was overtaken and shot by police.

Anti-Israel activists on social media immediately rose to the defense of Aloon, who had previously expressed his desire for martyrdom. 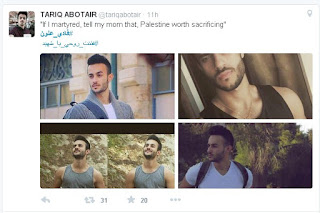 Abbas Hamideh, Cleveland based co-founder of the extremist Al-Awda group claimed Aloon was heading to work. 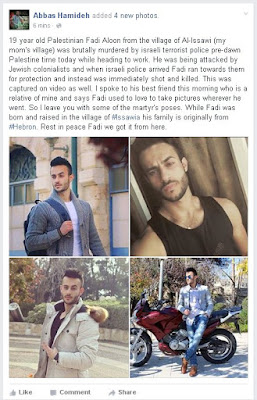 Other anti-Israel activists didn't get the memo, and claimed he was dragged out of his home and killed 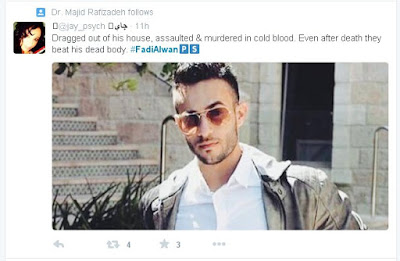 For stabbing a 15 year old in the back, Aloon was labeled a "hero" 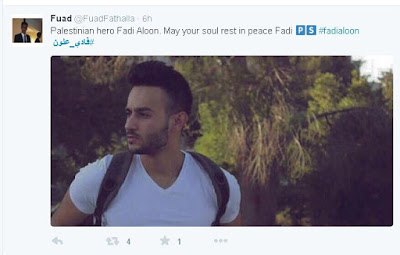 The Al Qassam brigade  proudly proclaimed him a martyr. 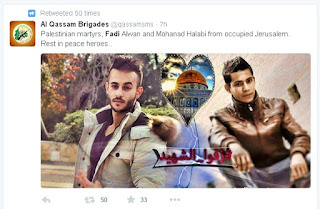 And again, not a single Palestinian leader has stepped forward to call for calm, or to express sympathy with the families of the Jewish victims.
Posted by Dusty at 2:09 PM