"We are a culture, not a costume"

Via Twitter, from the account of Sham Al- Ghazali @bitterarab  whose profile states "A rose in one arm and an AK in the other".

This originally appeared as part of a poster campaign from several years back, from the state of Ohio

Captioned "Now that Halloween is fast approaching please understand this. We are a culture, not a costume to mock and ridicule! ", the photo depicts a young man holding a photo of a suicide bomber. 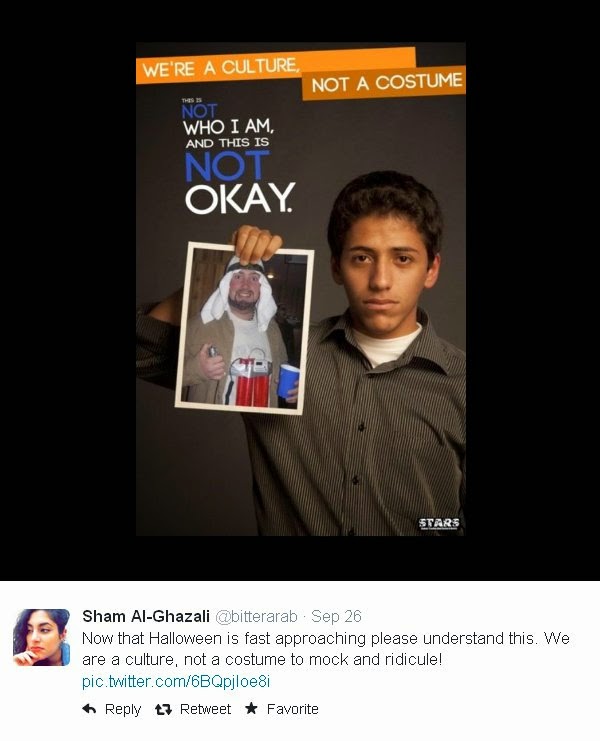 While I understand the need to avoid cliches and stereotypes across cultures, may I mind you of this? 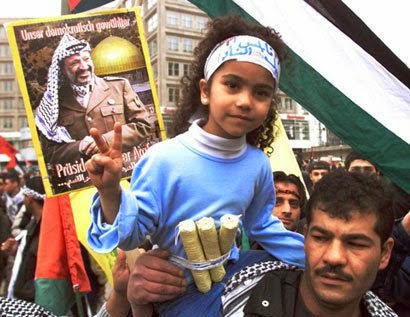 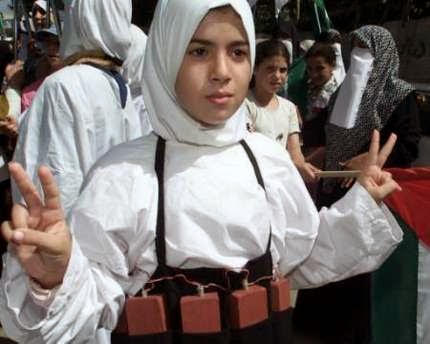 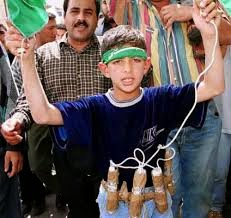 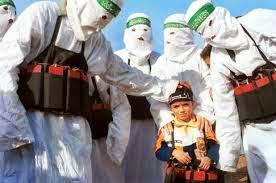 The institutionalized child abuse of Palestinians youth, and their cynical use as child soldiers has been well documented 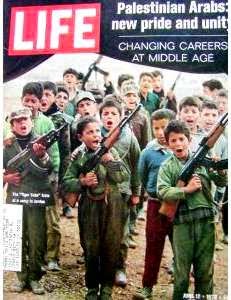 The problem is social and cultural goes much deeper than a silly costume. That is the real issue that needs to be addressed. Another generation of children is growing up in a culture of hate and demonization. This will prove to be a real obstacle to a lasting and just peace.
Posted by Dusty at 6:33 PM

Email ThisBlogThis!Share to TwitterShare to FacebookShare to Pinterest
Labels: not a costume, Palestinian child abuse, We are a culture