Are you an anti-Semite?

Are you an Anti-Semite, or simply an idiot? Play the game and find out. 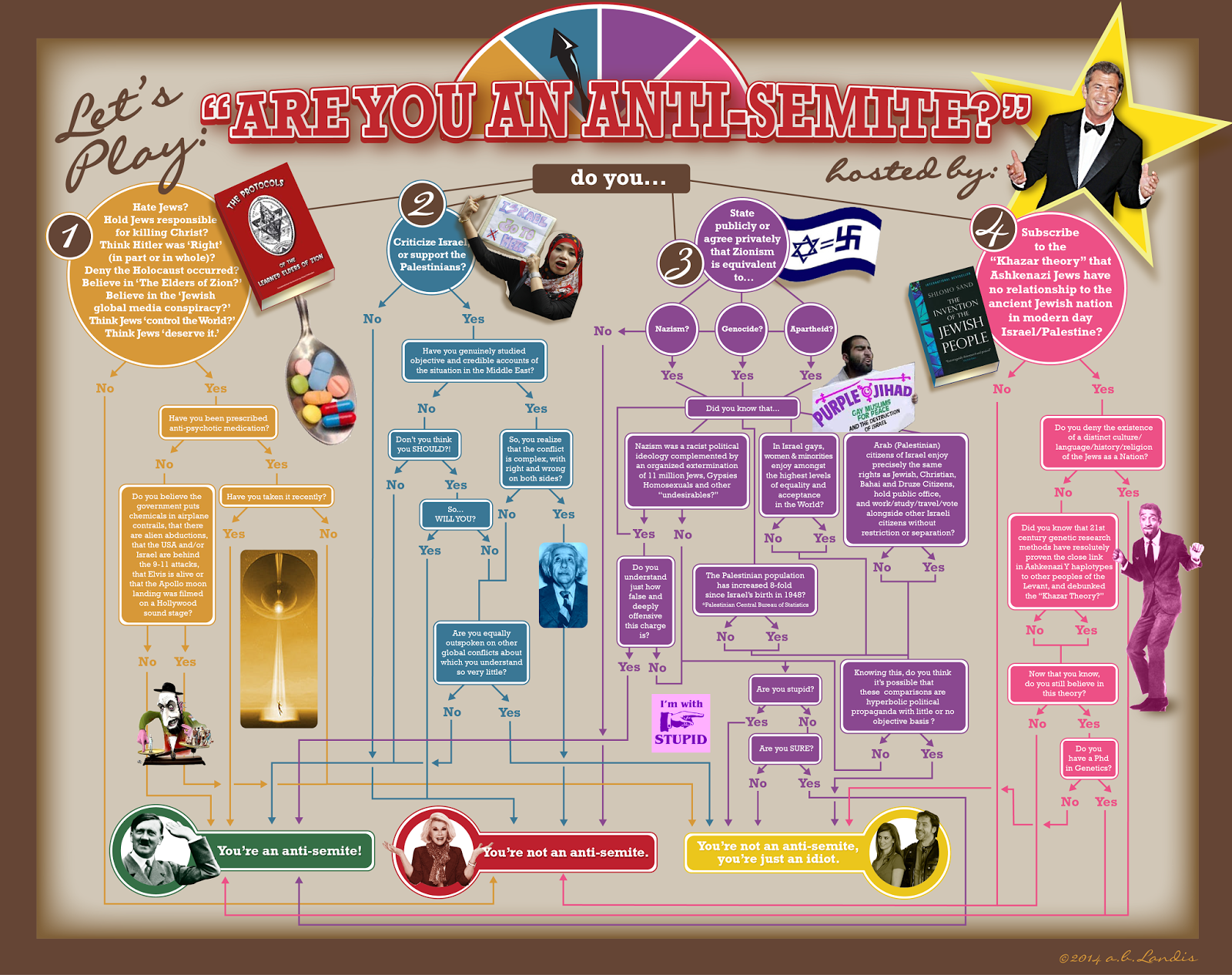 Hate Jews? Hold Jews responsible for killing Christ? Think Hitler was right (in part or in whole?) Deny the Holocaust occurred?  Believe in the Elder of Zion? Believe in the Jewish global media conspiracy? Think Jews control the world? Think Jews deserve it?

Email ThisBlogThis!Share to TwitterShare to FacebookShare to Pinterest
Labels: Are you an anti-Semite?

brilliant! let us know if this is available in a published format.

It is - just go to the link http://i.imgur.com/T7bzdwf.png