Agitprop site Indybay declared that the  Oakland Block the Boat action "won the support of ILWU Local 10 and ILWU Local 34 longshore workers who refused to cross the line." Yet lying comes as natural to the anti-Israel cru as breathing.  There was no "solidarity". The posts on Twitter from the Oakland Block the Boat showed the activists bullying  union members, and physically  blocking them as they tried to get to their jobs. 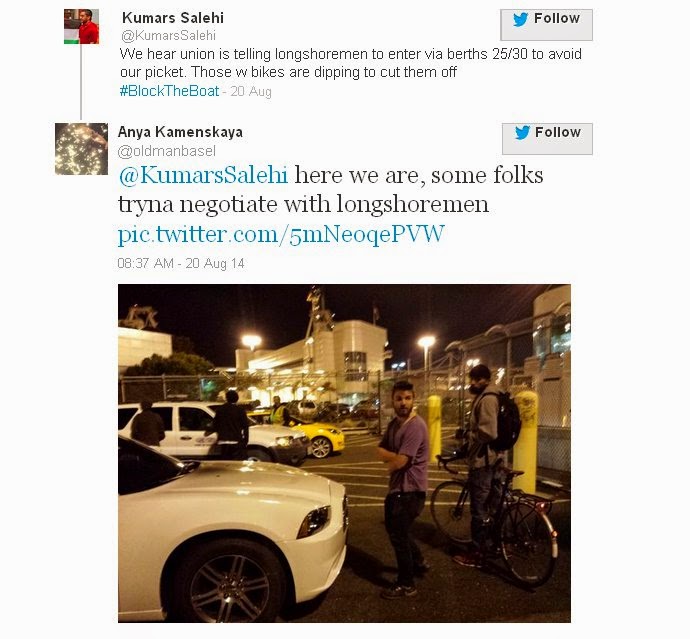 The dockworkers apparently fought back. 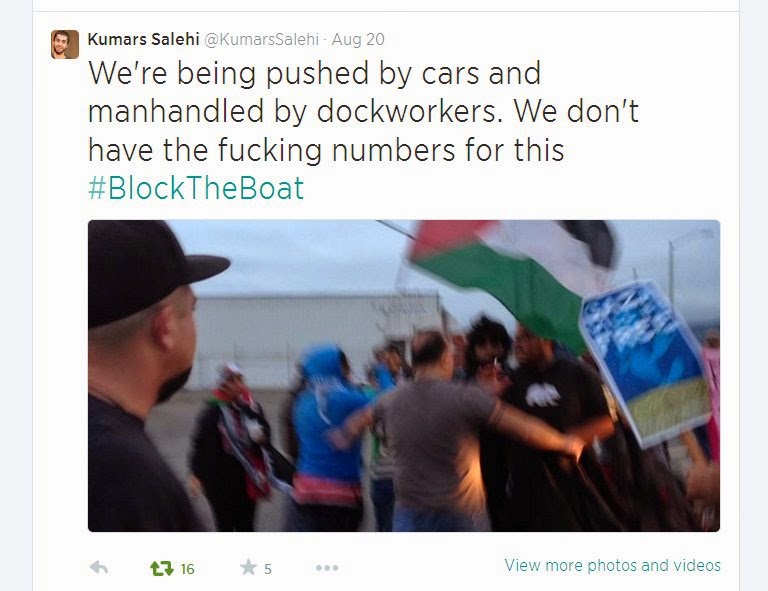 There was no "solidarity",  only selfish and thoughtless maneuvering by a self absorbed group of activists blinded by their seething hatred for the world's only Jewish state. But others could anticipate the consequences.

"...while demonstrators are entitled to their opinions regarding a geo-political struggle that goes back centuries, they are not entitled to harm businesses and workers in Oakland as the result of their opinions" 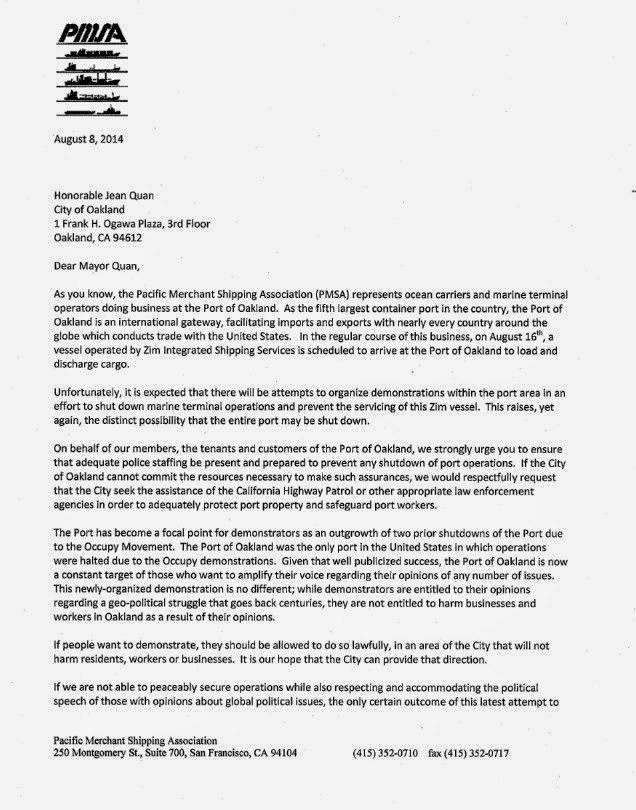 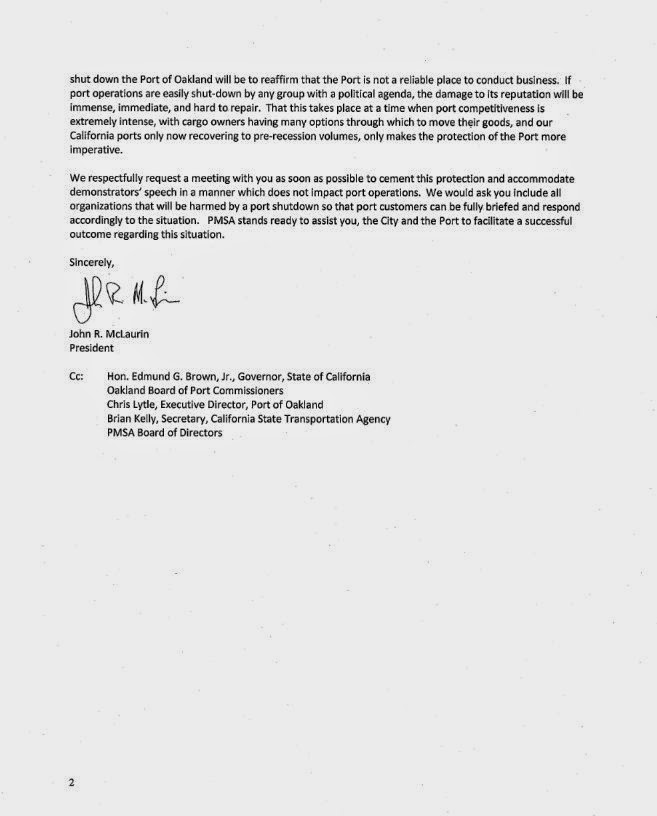 The letter, courtesy copied to Gov. Brown and others, continues:

"If port operations are easily shut-down by any group with a political agenda, the damage to its reputation will be immense, immediate and hard to repair. That this takes place at a time when port competitiveness is extremely intense, with cargo owners having many options through which to move their goods and our California ports only now recovering to pre-recession volumes, only makes the protection of the port more imperative."

Block the Boat. Bad for business. Bad for Oakland. And its happening again on October 25.

Good expose of the "solidarity' lie--sharing.