The cargo ship arrived in Vancouver Deltaport on September 5th, and abruptly left.

Declaring a BDS victory when only 6 people showed up to the protest seemed a bit grandiose even for the reality challenged anti-Israel cru.  Yet in their warped minds what possible explanation could there be for the sudden departure of the Zim Djibouti other than a victory for their noble cause?

Faced with no concrete evidence, the anti-Israel activists did what they do best. They lied.

It was more of the same on Social media


For ten days, the Block the Boat activists have tracked the Zim Djibout's movements with the obsessive fanaticism of a jilted lover. 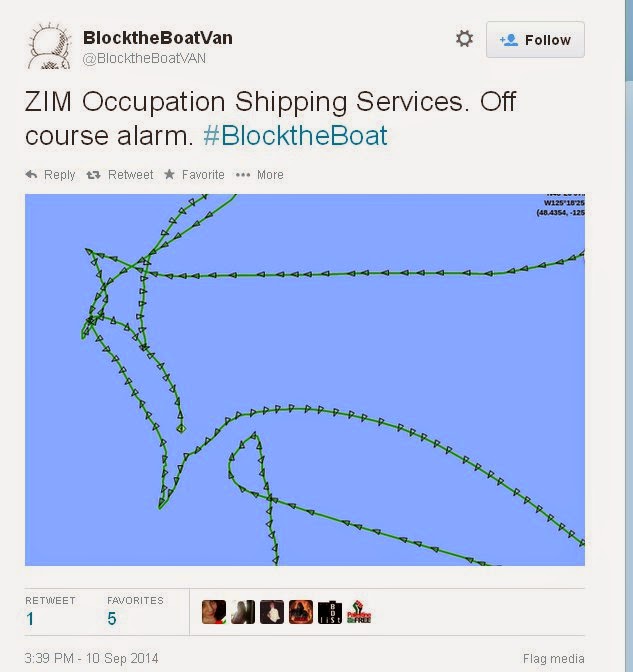 Yet for all their rabid attentions, the activists missed something rather obvious.

Asian Gypsy Moth season runs from May through about November. Last year, Customs in L.A. stopped nine vessels in total. So far this season, which is only just over halfway through, 12 ships have been forced back into international waters after arriving at port with moth larvae discovered on board.
“We are in the worst Asian Gypsy Moth season that we can remember,” a CBP spokesman said.

The Asian Gypsy month has recently been detected, in some instances in high numbers, on vessels arriving in North America,” the USDA and the Canadian Food Inspection Agency said in a bulletin to shipping. “These detections have led to delayed entry to ports in the United States and Canada and could result in refusal of entry.”


The vessel was ordered out to international waters as quarantine for cleaning. The crew commenced cleaning this past weekend and is expected to arrive back in Vancouver on Tuesday September 16, 2014 to be re-inspected. The OOCL London will pass the ZIM Djibouti and be the next NP1 service vessel to arrive and sail from North America.


Alternate arrangements are being made to move all of the cargo expeditiously. Shipment related notification will be communicated in a timely manner. 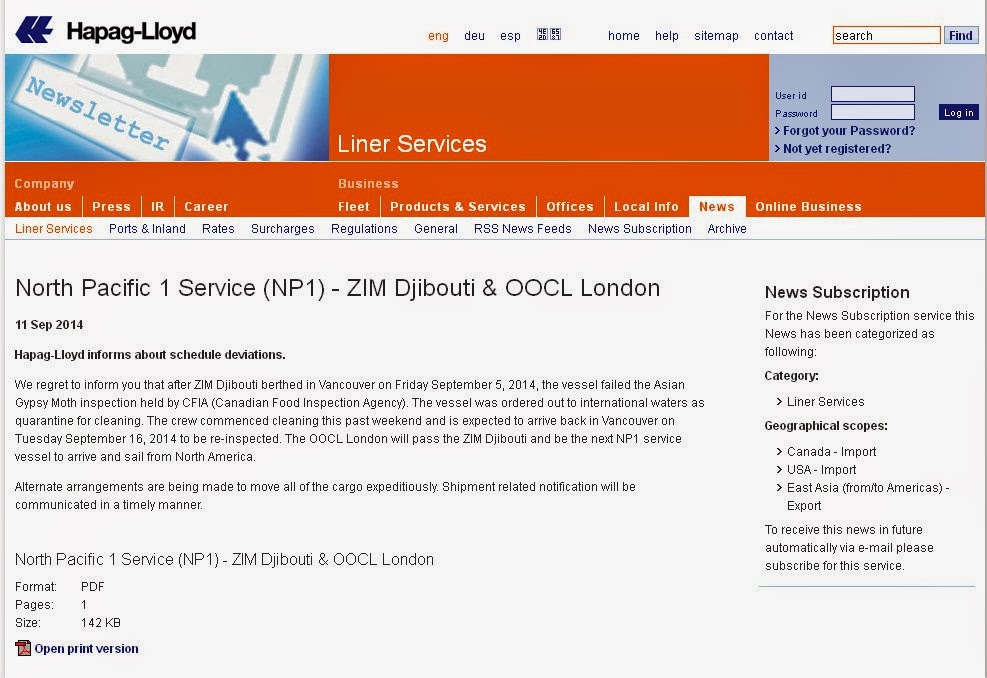 To the Block the Boat activists: If moth larvae could better achieve your collective goals and objectives maybe your attentions are best directed elsewhere.  Have you considered taking up macrame?
Posted by Dusty at 10:49 PM