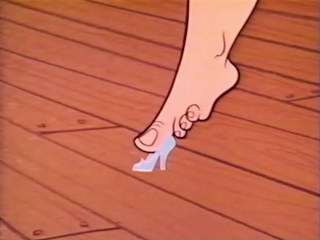 The forgotten victim of the BDS movement is language. In the rush to demonize Israel, language is being misused, manipulated and bastardized. Its the linguistic equivalent of Cinderellas ugly stepsisters attempting to force their feet into a slipper that just will never fit.

Apartheid. Ethnic cleansing. Genocide. No, the definitions and common uses of these terms don't fit into any current or past Israeli policy, but Team Hate will try and find a way to make them fit. The bastardization of language dishonors those throughout history who suffered and who fought against intolerance and racism.

First, some history;
The Kimberley Process is designed to certify the origin of rough diamonds from sources which are free of conflict funded by diamond production. The Kimberley Process forum was established in 2000 after it was realized that civil wars in Sierra Leone and Angola were linked to the battle for control of the countries’ diamond mines. The goal of the Kimberly process was to prevent diamond sales from financing rebellious movements and to prevent "blood diamonds" from entering the rough diamond market. Israel was the first country to issue a certificate. The Kimberley Process forum meets every year, in a different country, and discusses the issues related to strengthening and updating the controls over conflict diamonds. Countries such as South Africa, Botswana and Namibia have been able to use the Kimberley Process to protect their legitimate trade in diamonds.

The anti-Israel forces are calling for a review of the Kimberley process- attempting to "redefine" it- to somehow squeeze Israel's finished diamond trade into the definition. Never mind that the process is specifically geared to rough diamonds, not the cut and polished stones exported from Israel. Never mind that the process was established with the goal of preventing "blood diamonds" from financing bloody civil wars. Never mind that the diamond industry in Israel is private- and not under government control. Don't bring facts into this- that will just confuse the issue.

As of today, the petition to manipulate law and language by attempting to classify Israeli exports as "blood diamonds" has less then 700 signatures. But if the past is any indication, we can expect Team Hate to just keep squeezing, squeezing, squeezing, even when the rest of us can see that the slipper will never, ever fit.
Posted by Dusty at 3:21 PM

Israel’s net exports of polished diamonds totaled $5.83 billion from January through September—up 37.1 percent from last year—according to figures published by the Israel Ministry of Industry, Trade and Labor.

“The impressive recovery of the Israeli diamond industry is the result of very hard work on the part of the industry,” said Moti Ganz, chairman of the Israel Diamond Institute Group of Companies, in a statement. “Despite the current uncertainty I am very hopeful that the full year figures will continue this positive trend.”