In 2002  Tzipi Shemesh, 29, was one of three people killed and 86 injured  in Jerusalem when a suicide bomber detonated his bomb. It was packed with nails and metal debris meant to maximize human suffering.  Tzipi was killed instantly. Her husband,  Gadi died shortly afterwards in hospital. Tzipi was 5 months pregnant with twins.

They left behind their two daughters - Shoval, age 7 and Shahar, age 3.

Over 1,000 people attended Tzipi and Gadi's funeral.  Shoval drew a picture of a heart and flowers, and wrote a  message to her parents."I am writing you a letter because I am parting from you. I won't see you for a very long time."

During the second intifada, 1,218 Israeli people were killed and 8,341 were wounded in an unrelenting series of attacks that targeted Israeli people in buses, cafes and discos.

That number has dropped significantly in recent years, due to a series of security procedures that Israel has put in place, including its security barrier and system of checkpoints. 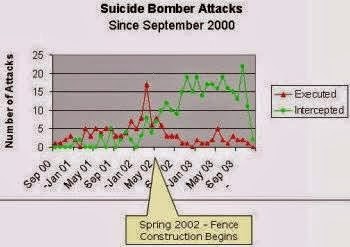 These procedures serve as a nonviolent way to save lives, in the absence of a real and lasting peace. Who could possibly object?

On March 18, they held a protest at Hewlett Packard headquarters in Palo Alto, protesting HP’s role in developing the technology that insures Israeli citizens remain safe.

In spite of press releases sent out by Carol Sanders not a single member of the press showed up, missing what might have been one of the most bizarre and baffling anti-Israel events in recent memory

Organized in part by Dalit Baum, the AFSC “Director of Economic Activism for Palestine”  the event featured silly hats, ill fitting wigs and octogenarians engaged in what can only be described as political activism meets  LARP- live action role playing.

There was also a small counter protest 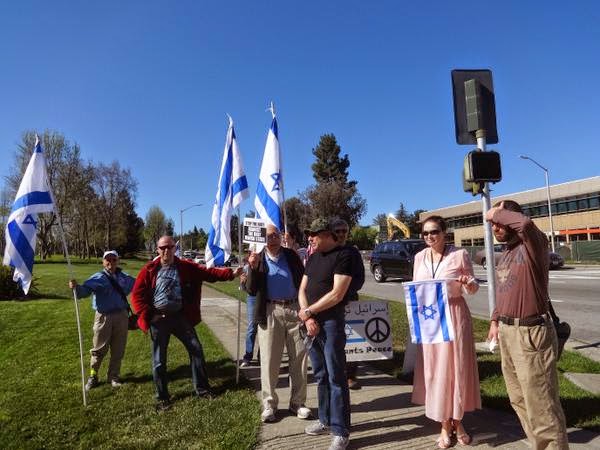 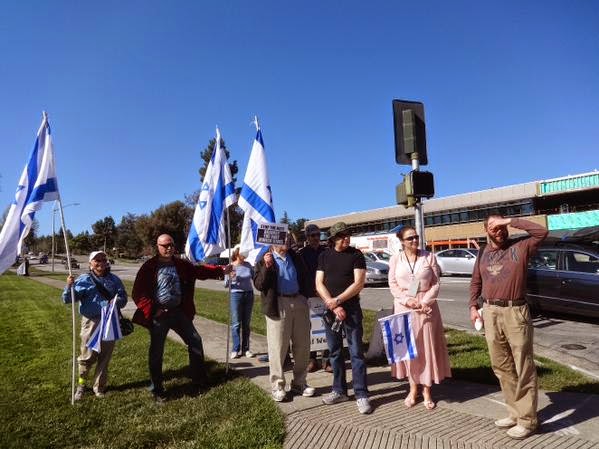 People saw the flags from their office windows, and came down to join the group. 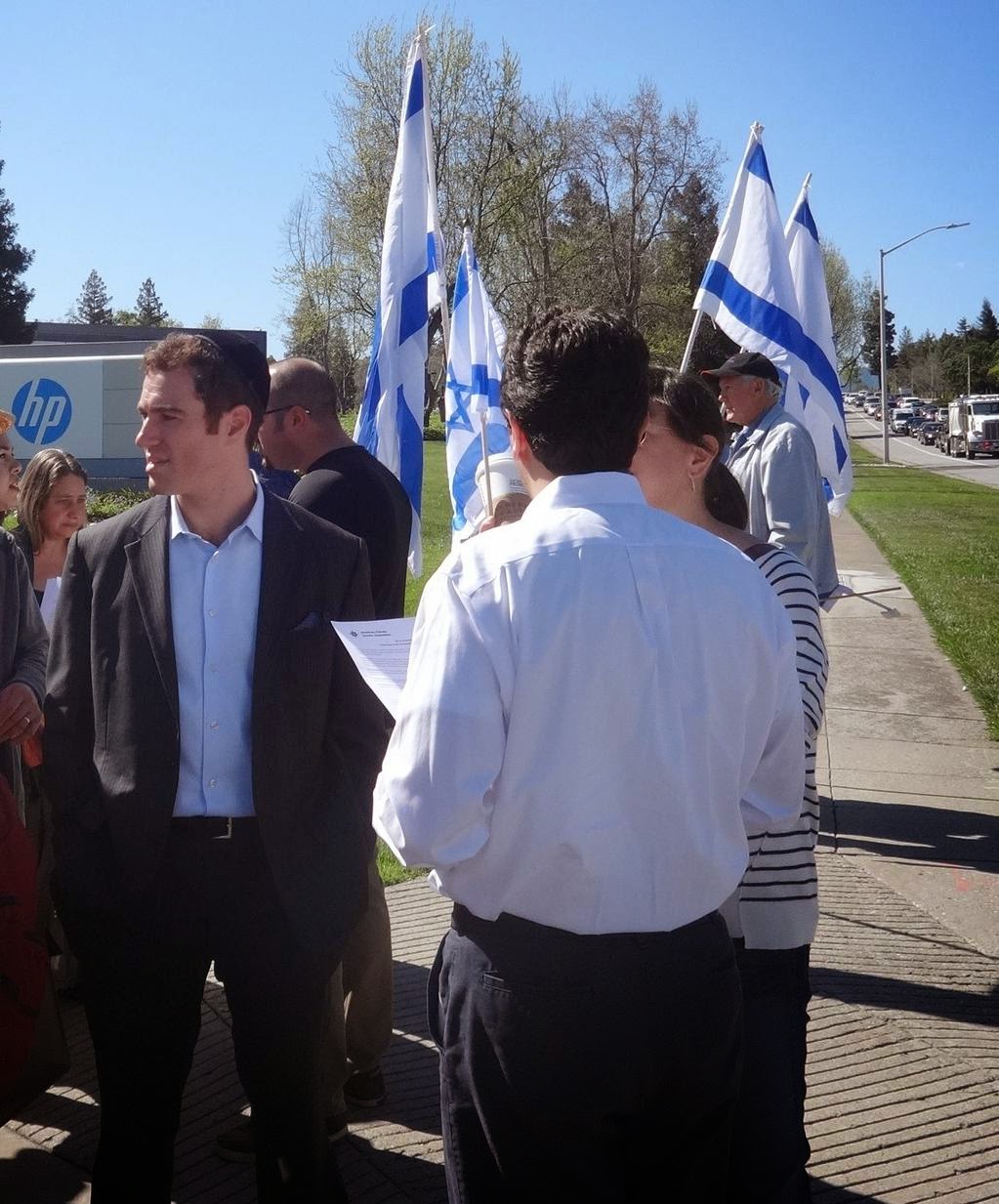 LARP ing- another jump the shark moment in the inglorious history of Bay Area anti-Israel activism.

They look like the Hogettes, those Washington Redskins fans of the 80s.

Those deranged Stalinistas should pack up and end their brutal and racist occupation of Native American land.