"Censoring Palestine at the University: Free Speech and Academic Freedom at a Crossroads"

The academic gatekeepers  who cry “Islamophobia” in an  effort to prevent meaningful discourse on the role of religion in the worlds conflicts are having a conference tomorrow at UC Berkeley. The same groups that decry "normalization" and dialog - the same groups that shout down speakers they disagree with will be discussing "censorship".

"Censoring Palestine at the University: Free Speech and Academic Freedom at a Crossroads" is sponsored by American Muslims for Palestine, Council on American Islamic Relations-SF Bay Area, Jewish Voice for Peace-Bay Area Chapter, Students for Justice in Palestine-Berkeley and the Muslim Students Association.

Panel Two
11:30AM- 1:15PM
Typology of Palestine's Censorship at the Academy
Prof. Hilary Aked
Typology of Censorship
Prof. Stephen Zunes, Professor of Politics and International Studies at the University of San Francisco
"Balancing" Moderates with Extremists: How Academic Administrators Demand Inclusion of Supporters of Occupation
Rahim Kurwa, Ph.D. Candidate in Sociology, UC Los Angeles
Censorship of pro-Palestinian Speech at the University of California since 2009

UPDATE:
The audience appears to be rather limited 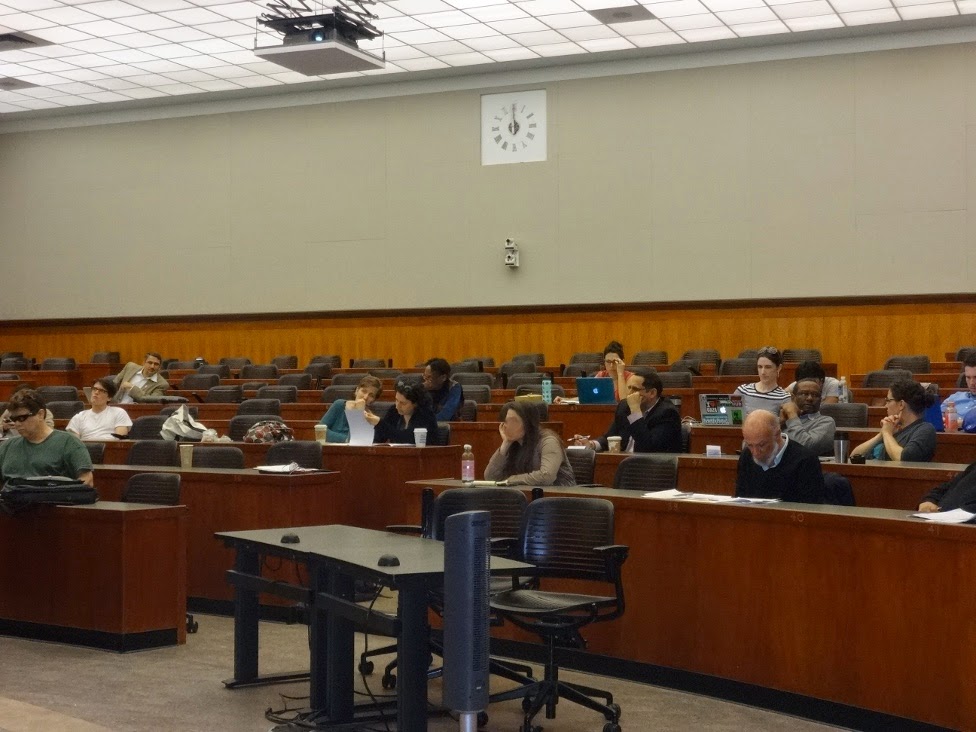 Censoring truth. This was a public conference in a public university yet the photographer was threatened for taking this snapshot.

Email ThisBlogThis!Share to TwitterShare to FacebookShare to Pinterest
Labels: "Censoring Palestine at the University: Free Speech and Academic Freedom at a Crossroads"

7 people attended in the morning, with a gradual increase by the evening to maybe 40. The room was quite empty.

These kinds of forums are only meaningful to the extent that the ideas are spread, often with an academic publication.

We'll see if they publish based on the conference.

Any panels on how Islam is at War with the entire world?

Or would that be Islamophobic to study why Islam has become associated with world-wide Terrorism?

held on shushan purim. as we learn through the story of purim, there are no such thing as coincidences

Richard Falk is in the audience, and seems to be falling asleep.

Mike:
Hatem asked for papers before the conference

All in all, a good thing.