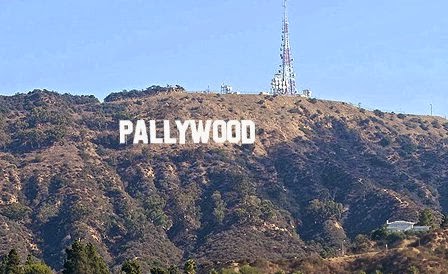 The star of our show, filmed on "Land day" March 30, is a Palestinian woman. While the men surround her, cameras ready,  she attacks an Israeli officer. There is nothing spontaneous about this- its completely planned and staged. 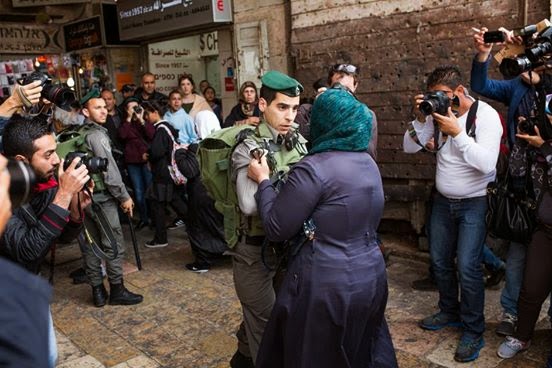 Here's it from another angle. 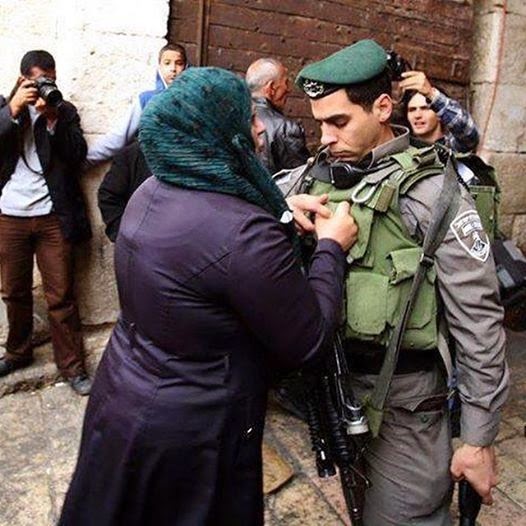 She tries to steal a weapon from the young officer 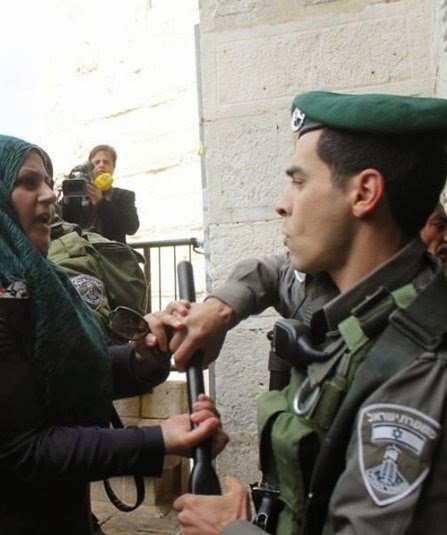 Eventually, she provokes a reaction, and is pepper sprayed. This was her goal. 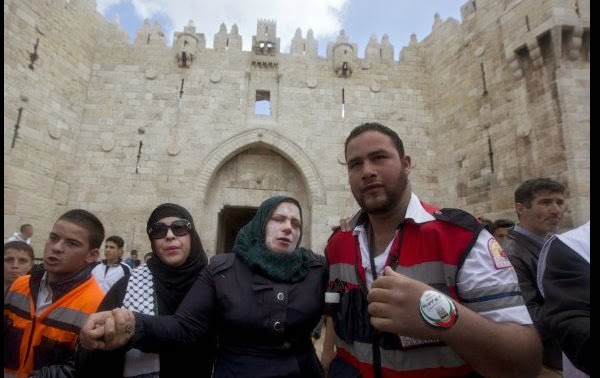 How does the mass media present this story?  This photo, by AP photographer Sebastian Scheiner is typical. It is captioned " A Palestinian woman reacts after Israeli border police officers sprayed pepper spray during a demonstration marking the Land Day at the Damascus gate in Jerusalem's old city, Sunday, March 30, 2014"

Deliberately, or through negligence AP missed a whole lot of context there, giving free reign for the propagandists to talk about the brutality of Israel

Good stuff--I've added to my "Pallywood file" I keep handy on my desktop. Thanks!