On Tuesday, Nov. 15 at noon the latest attempt to push the Israel: apartheid analogy will take place in downtown Oakland.

A "solidarity rally" will be help for the West bank "freedomriders" will be held, orchestrated by the haters at Jewish Voice for peace:.

Their messages: (My coments in BOLD)

Buses in Palestine/Israel are just like buses in the US South in the 60s –
separate and unequal.

No. There is no segregation on Israeli buses and Arabs, Jews and Christians all ride together. Is it precisely this level of integration that made this possible: 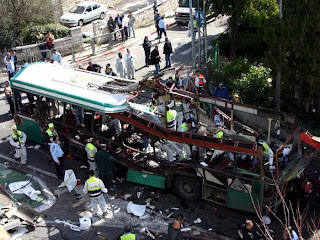 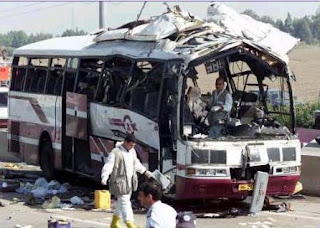 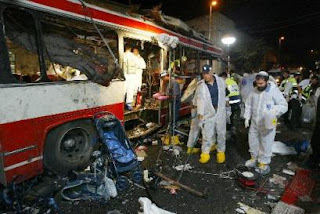 • All the Freedom Riders did was to take a bus from one place in the
Occupied Territory to another, using public transportation. While Israelis
are allowed to come and go as they wish in the Occupied Territory - even
to settle in it in contradiction to international law- Palestinians' movement in
it is severely restricted.
• The PA has spent the past twenty years negotiating with Israel, and
achieved virtually nothing. Settlements have more than doubled, the Wall
was built and it is now harder than ever to move around from one place to
another. What needed now isn't talking to the Occupation, but disrupting it
using civil resistance.

The Palestinians have turned down every opportunity for statehood and compromise that has been offered to them, saying no to peace and statehood over and over.
With this "toolkit" Jewish Voice for Peace has now officially rejected diplomacy and negotiations in name of "resistance"•

The Palestinian struggle for freedom must be understood as part of the
continuum of people fighting against unjust oppression, just as African-
Americans struggled against segregation and inequality and as South
Africans battled Apartheid. All the Freedom Riders are asking for is the
realization of their rights.

The Jewish people's struggle for Freedom must also be understood as part of the continumum of people fighting against oppression. As human beings, the Jewish people are entitled to human rights. Jewish Voice for Peace has consistently ignored the fundemental rights of the Jewish people to security and to self determination in their ancient homeland 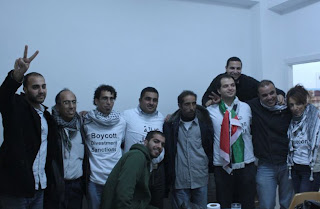 Fadi Quran is notorious for having claimed he was Jewish, so he could infiltrate and spy on his campus Hillel. It makes me wonder what else the anti-israel activists are willing to lie about