The Ethnic Cleansing of Jerusalem

Jerusalem has has played a central role in Jewish existence for over 3,000 years. Now our holy city is under attack, by those who deny our history and our heritage.

In May 1948, Jordan invaded and occupied east Jerusalem. For 19 years, the city was divided, with Israel establishing its capital in western Jerusalem and Jordan occupying the eastern section, which included the Old City and many holy sites. Thousands of Jews and Christians were ethnically cleansed from Jerusalem during this period.
During Jordanian occupation, the population of Christians in Jerusalem dwindled from 25,000 in 1949 to less than 13,000 in June 1967. Strict government controls were instituted on Christian schools, with restrictions on the opening of new schools. There were governmental controls over the hiring of teachers and school finances. Koran study was mandatory. Christian religious and charitable institutions were banned from purchasing land in Jerusalem. There were limits on the number of Christians allowed to visit the Old City and Bethlehem at Christmas and Easter

Jews were denied access to the Kotel, and to the cemetery on the Mount of Olives, where they had been burying their dead for 2,500 years. The Jordanians built a road through the cemetery, destroying hundreds of graves. The tombstones were used as paving stones. The ancient Jewish quarter of the Old City was ravaged. 58 synagogues- some centuries old- were ruined. 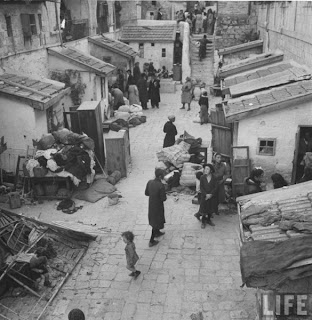 Before the ethnic cleansing of the Jews from Jerusalem 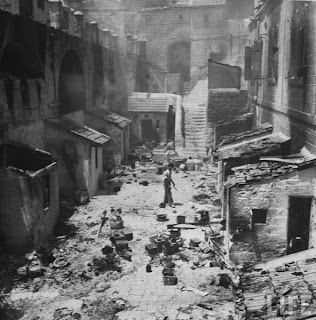 
There is a new assault on our Holy city scheduled for March of 2012. The promotional brochure of the Global march on Jerusalem is now being distributed.

The Global March on Jerusalem represents a denial of Israeli sovereignty, and a denial of the Jewish bond to our holy city. The organizers, including Paul Larudee and Deppen Webber, both from California, and Feroze Mithiborwala of India represent an extremist fringe element closely associated with Iran and the Iranian client state of Gaza


Pray for the Peace of Jerusalem.
Posted by Dusty at 8:28 AM

Sheikh Raed Salah, anti-Semitic leader of the Palestinian Islamic Movement
in Israel is also involved with this project

The head of the Islamic Movement in Israel's Northern Branch, Ra'ad Salah, was charged Tuesday in Jerusalem Magistrate's Court with incitement to violence and racism, over a fiery speech he gave a year ago in which he invoked the blood libel.

During the speech at the February 16, 2007 protest in the East Jerusalem neighborhood of Wadi Joz, Salah accused Jews of using children's blood to bake bread.

"We have never allowed ourselves to knead [the dough for] the bread that breaks the fast in the holy month of Ramadan with children's blood," he said. "Whoever wants a more thorough explanation, let him ask what used to happen to some children in Europe, whose blood was mixed in with the dough of the [Jewish] holy bread."

"Great God, is this a religion?" he asked.