Born in Gaza with a rare genetic disease and abandoned by his parents, Mohammed al-Farra has spent his life in children’s ward of Israel’s Tel Hashomer Hospital.  The Israeli staff fund-raise to cover his bills, allowing him and his 56 year old grandfather to live in the hospital. 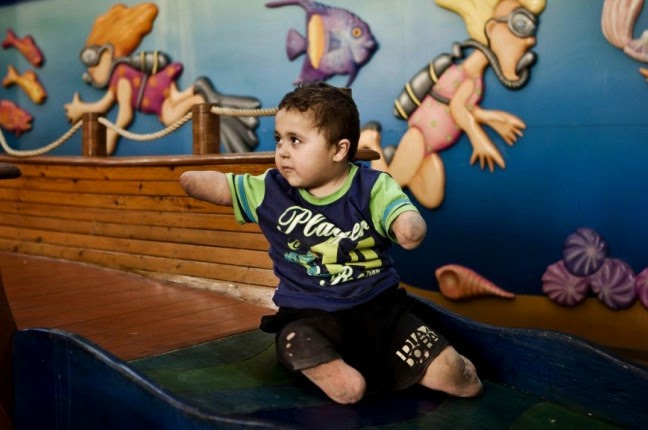 Mohammad's heart rendering story was first told in the Times of Israel:


Mohammed’s plight is an extreme example of the harsh treatment some families mete out to the disabled, particularly in the more tribal-dominated corners of the Gaza Strip, even as Palestinians make strides in combating such attitudes.

It also demonstrates a costly legacy of Gaza’s strongly patriarchal culture that prods women into first-cousin marriages and allows polygamy, while rendering mothers powerless over their children’s fate.

Mohammed was rushed to Israel as a newborn for emergency treatment. His genetic disorder left him with a weakened immune system and crippled his bowels, doctors say, and an infection destroyed his hands and feet, requiring them to be amputated.

In the midst of his treatment, his mother abandoned Mohammed because her husband, ashamed of their son, threatened to take a second wife if she didn’t leave the baby and return to their home in the southern Gaza Strip town of Khan Yunis, Farra said. In Gaza, polygamy is permitted but isn’t common. But it’s a powerful threat to women fearful of competing against newer wives.

Thanks to Pallywood and the anti-Israel delegitimization squad young Mohammed al-Farra is finally reserving of attention.  Unfortunately, he is being exploited because of his very visible disabilities.

An article by Arek Sarad in the Falastin News uses Mohammad as a poster child for Gaza children "disabled by Israeli attacks", begging the question: With such a glaring lie front and center, how much of the rest of this article could possibly be true? 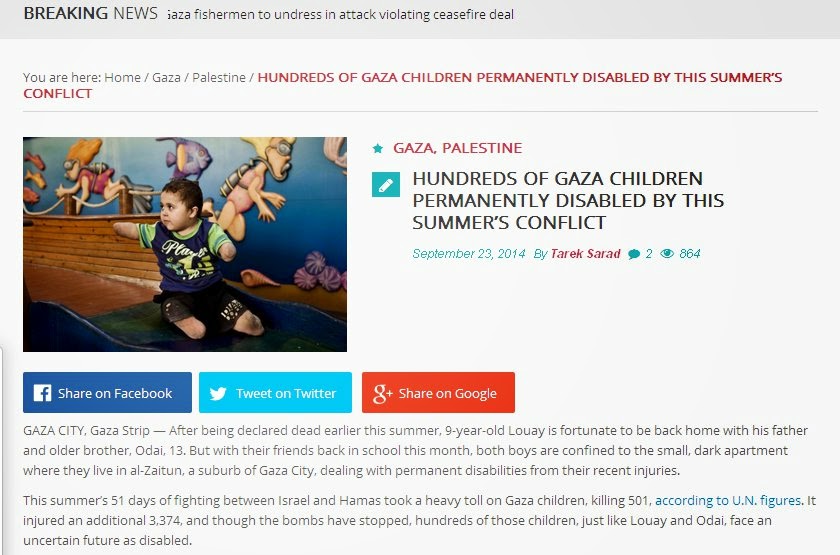 Pity the poor exploited children of Gaza, exploited by the very adults who should be protecting them.

UPDATE:
I left a comment on the Falastin News, pointing out this error.   The comment was removed, and the misleading photo still remains.  That action has moved this story from plausible ignorance to willful lies.

UPDATE May 10, 2015.
The exploitation of Mohammad al-Farra continues, this time by Mohammed Omer , of the Rafah Today blog.  He has written for  Al Jazeera, the Washington Report on Middle East Affairs,  New Statesman,  Aftonbladet and others . He  received the Martha Gellhorn Prize for Journalism in 2008. All, apparently, without bothering to fact-check. 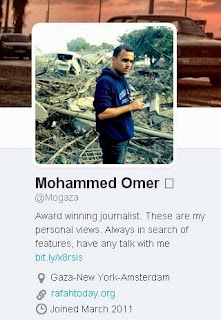 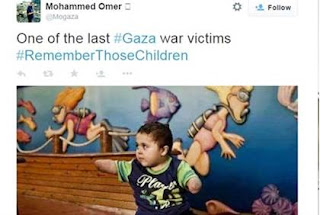 He was immediately exposed by David Ha'ivri. 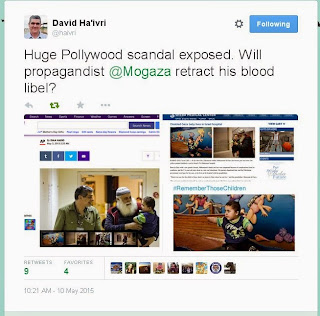 Read about Mohammed Omer's lie here. He has not yet issued a retraction.
Posted by Dusty at 7:59 PM