No Way to Treat a child. Again, J Street finds itself on the wrong side

Ever the optimists, American Muslims for Palestine has proudly proclaimed that 20 of the 535 members of Congress  have signed onto a letter filled with spurious accusations against Israel. 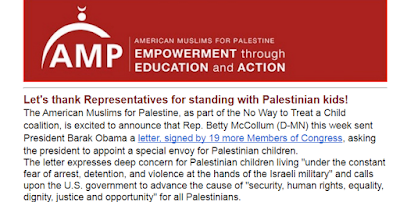 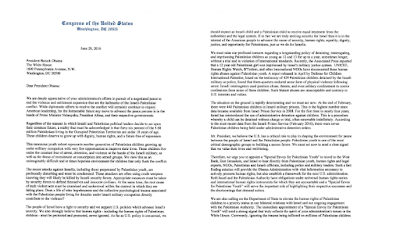 Twenty of of 535 Congressional Representatives. Just under 4%. The signers are listed below. 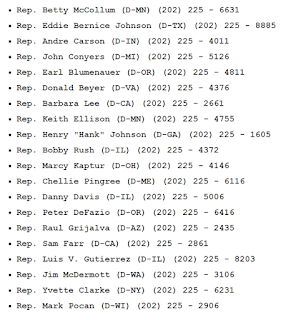 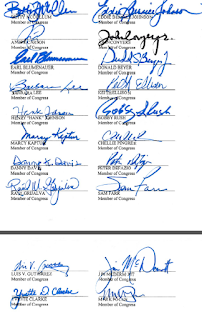 The letter, introduced by Betty McCollum, a Democrat from Minnesota asks  "Does a life of utter hopelessness...directly contribute to the violence?" She's asking the wrong question.

The rampant abuse of Palestinians children by those responsible for their very safety- their parents and their government- goes unmentioned in the McCollum letter.

There is no mention of Hamas run summer camps, that teach soldiering skills to children as young as 12. 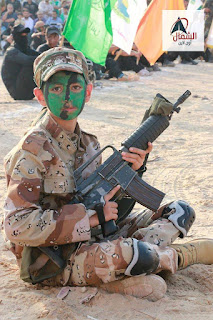 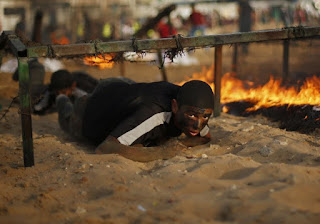 There was no mention of  incitement and glorification of violence in both the government controlled mass media and the social media, where brightly colored cartoon characters meant precisely to appeal to children encourage violence against the Jewish community. 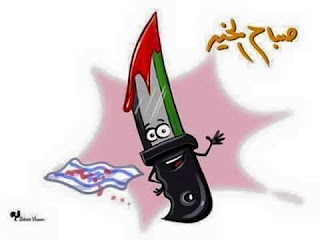 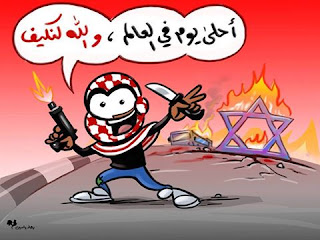 The signers of the McCollum letter are missing a huge part of the story.

Incidentally, 17 of the 20 signers of the McCollum letter have been endorsed by  "pro-Israel, pro-peace" J Street, making it difficult to fathom just what they mean by claiming they are "pro-Israel".

even before i read the list of signers i knew that piece of shit kieth ellison was gonna be on it. skip the exit to j street that's right in downtown leftardistan.

AMP co-founded by "We need intifada in US" Hatem Bazian. Their campus coordinator is Taher Herzallah, one of the so-called "Irvine 11" who disrupted the Israeli ambassador's speech at UC Irvine in 2010.