Today marks the 10th anniversary of the kidnapping of Gilad Shalit.

On June 25 2006, an Israeli soldier Gilat Shalit was captured by Hamas militants in a cross-border raid. Deprived of his Geneva convention rights, Hamas held him underground for over five years, until his release in a controversial 2011 prisoner exchange.

On the anniversary of his capture, Palestinians have taken to social media, vowing more kidnapping of Israelis 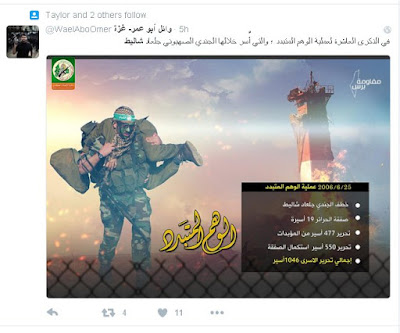 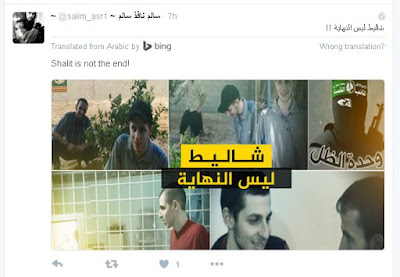 Does anyone still believe we have a partner for peace?
Posted by Dusty at 9:05 AM

Email ThisBlogThis!Share to TwitterShare to FacebookShare to Pinterest
Labels: Gilad Shalit, partner for peace, Shalit is not the end