The Stolen Homes Coalition which includes Code Pink, American Muslims for Palestine,  the US Palestinian Community Network, US Campaign to End the Israeli Occupation and Jewish Voice for Peace has launched a campaign against  Airbnb and  Fidelity investments to pressure them to exclude vacation rentals in Judea and Samaria.  A June 3  “day of action”  included protests at Fidelity offices in San Francisco, Los Angeles, Washington, D.C., and several other cities and culminated in the dramatic presentation of a petition allegedly signed by over 150,000 people.

Activists on Social media have exposed widespread fraud in the petition drive. Turns out the JVP and friends claims were a bit exaggerated.

A petition hosted at Sum of us has no precautions in place to prevent multiple entries per IP. There is no verification mechanism in place, and  no restrictions on the number of times a single computer can  "sign".

Word to the wise:  Take any JVP sponsored  "petition" with a grain of salt.

They cannot win if they do not cheat.  They won't even play, if they can't cheat. 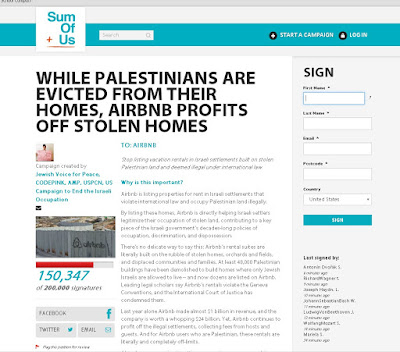 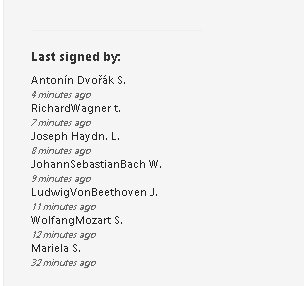 Caught them! Since this was publicized, they just conceal the signatures on the website- rather than reforming the system.