The  15-member council United Nations Security Council fell short of the 9 votes needed to pass the statehood resolution.  Eight voted for the resolution and two voted against, with five abstentions.

Supporting the resolution were France, China,   Russia, Argentina, Chad, Chile, Jordan and Luxembourg. Australia and the United States voted against.

Speaking about the  vote, US Ambassador Samantha Power said: “We voted against this resolution not because we are comfortable with the status quo....peace must come from hard compromises that occur at the negotiating table.”

"The United States every day searches for new ways to take constructive steps to support the parties in making progress toward achieving a negotiated settlement.  The Security Council resolution put before us today is not one of those constructive steps."

She said the text was "deeply imbalanced"  with "unconstructive deadlines that take no account of Israel’s legitimate security concerns."

In response, Palestinians burnt an American flag, and continued their incessant whining. 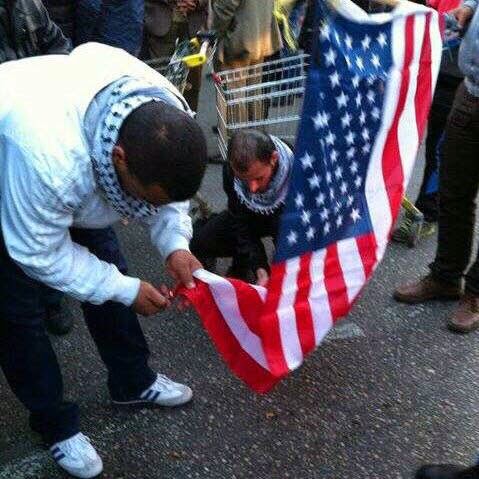 i'm happy to say even before this resolution vote i had plenty of reasons why i would never step foot in France, China, Russia, Argentina, Chad, Chile, Jordan and now i have one more reason to add to my list. not that it really matters the piece of toilet paper i used this morning is worth more then the paper a united nazis resolution is printed on.

You lot are sickos, but I will show you love as giving hate to racist people. I hope one day you will realise your mistakes.