Zionism in Action: Feeding the Hungry

The proposal was brilliant, and so simple.

Grassroots pro-Israel activists in the UK have launched a novel campaign with a dual purpose: combating the boycott movement targeting Israel while helping the homeless at the same time.
Sussex Friends of Israel, a group based in Brighton on England’s south coast, is calling on consumers around the country to buy Israeli products and donate them to homeless charities to mark what it is calling “IsrAction Day” on December 21st, the fifth day of Chanukah and four days before the Christmas holiday, traditionally a time of charitable giving.
The idea for IsrAction Day crystallized over the summer, when Sussex Friends of Israel countered BDS demonstrators outside the Israeli-owned Ecostream store in Brighton. As part of their strategy of engaging passersby, the group handed out free snacks, donating the leftover food to a local homeless shelter.
Now, working with similar groups in Manchester, Nottingham and Birmingham, Sussex Friends of Israel intends to implement a local strategy on a national level. Boosting this aim, the long-established Jewish Chronicle newspaper today announced that it was “proud to lend its support” to the initiative in a cover story.
Sussex Friends of Israel is encouraging pro-Israel groups in the US and elsewhere to follow their example.
“This is a simple initiative that can be implemented anywhere in the world,” Sussex Friends of Israel spokesperson Fiona Sharpe told The Algemeiner. “It can be supported by large organizations or by individuals.  The message is the same – buy Israeli produce, give it to homeless shelters and food banks.  While our support for Israel is always foremost in our minds, we must also remember those in need in our own communities.”


From Sussex friends of Israel's phenomenally successful day of action 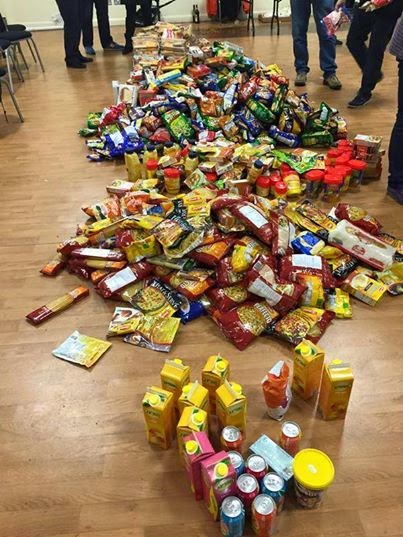 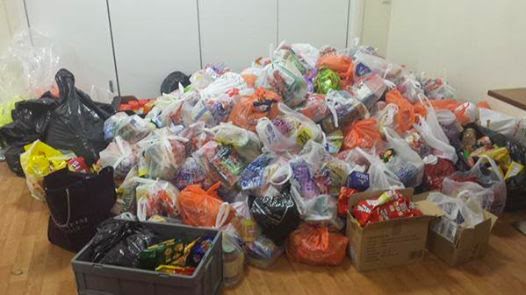 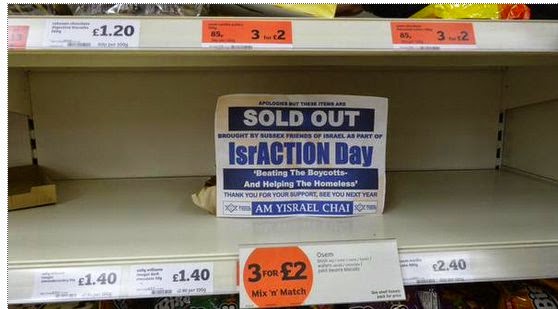 We can also do it here.

Mitzvah Goreret Mitzvah. One mitzvah leads to another.

Here's an action to you take right now to make the holidays a little bit brighter for people in need.
Inspired by our brilliant friends at Sussex friends of Israel :

Go to your local store. Buy some food from Israel and donate it to your local foodbank. Its so easy- you'll help Israel, you'll help the needy during this holiday season, and its a great big slap in the face to the BDS'ers.

You get extra points for photographing your haul.

You get extra points for buying your Israeli products at one of the local many Arab grocery stores that have steadfastly refused to give in to the bullying of the BDS movement.

Email ThisBlogThis!Share to TwitterShare to FacebookShare to Pinterest
Labels: day of Action, Sussex Friends of Israel