Middle East Children's Alliance. What a difference a year makes

Two 16 year olds and a 19 year old have been kidnapped. They have vanished without a trace.  Their families are distraught. Their people have united in prayer. Their government searches for them. And the Middle East Children’s Alliance, who purportedly works for the rights of children  instead dismisses them, dehumanizes them.  To Barbara Lubin’s non-profit, these boys have no names,  no identities. They are missing “settlers”, not even granted the dignity of a name. 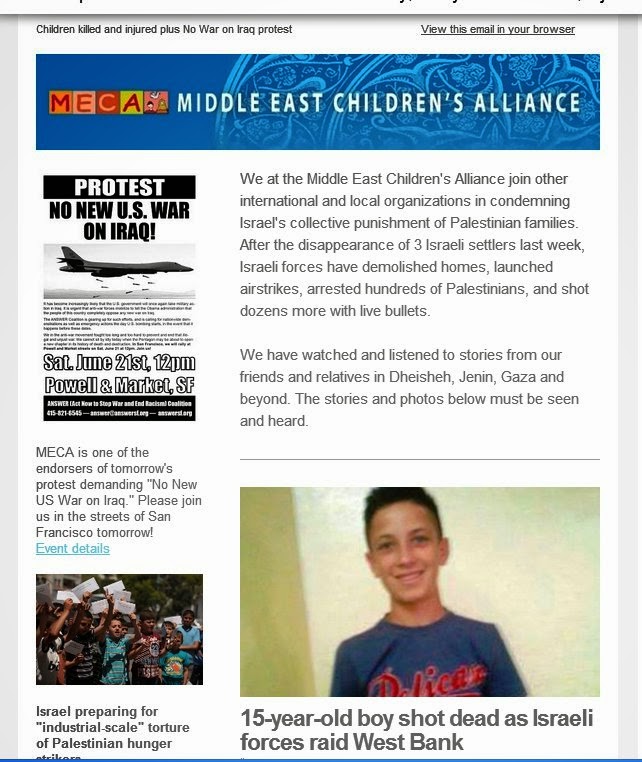 To the Middle East Children's Alliance, a 15 year old Palestinian is a "boy", but a 16 year old Jew is a settler. What a difference a year makes.

Never you mind, MECA. Some of us will continue to hope for a world where all children are cherished, regardless of their religion or national origin
Posted by Dusty at 8:36 PM