Bring back our boys. Eyal, Gilad and Naftali in our hearts 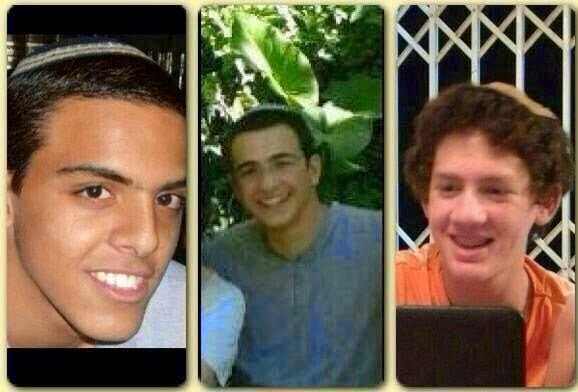 Last Monday, an Amber Alert was issued in the Bay Area. Television programing was interrupted. Messages were automatically left on cell phones.  Highway signs lit up with the names of the victims. The three children, ages 12, 6 and 2 were eventually found, though for a moment, time stood still as we all examined our surroundings, looking for anything that might help reunite these children with their family.  We cherish our children and we've learned from our mistakes regarding childhood abductions.

Contrast that with the reaction of Palestinians in West Bank upon learning of the kidnapping of 3 Israeli teens, 2 16 years old, and one 19. Appeals were distributed throughout social media  admonishing shopkeepers to destroy any  surveillance video they  had from the last 24 hours, rather than have it used to aid in the recovery of the boys. Sweets were gleefully distributed. The mood was unabashedly celebratory.  Those with knowledge of the kidnapping were warned not to share photos or info on Twitter and Facebook. The community joined together- not to ensure the safety of the boys, but to protect the criminals. 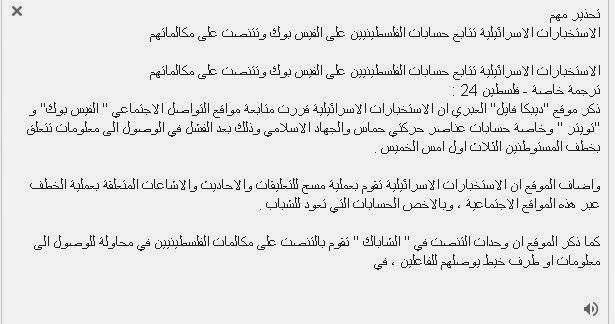 Even the Electronic Intifada got in on the action, with one of their writers  tweeting "Wonderful wonderful news that three settlers have been kidnapped" 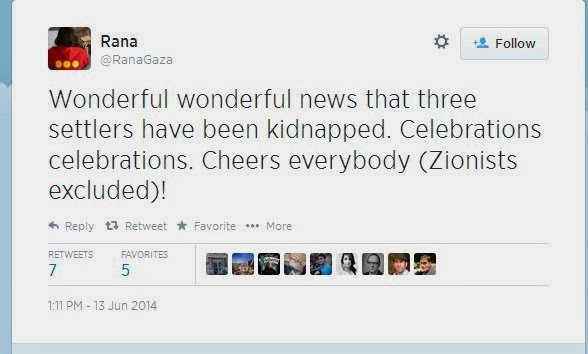 Keep Eyal, Gilad and Naftali and their families in your heart and your prayers