Greenhouse has been described as a "terror-enabling ISM scumbag"  who  desecrated one of Judaism's most holy sites.  Greenhouse was also been arrested and charged with disorderly conduct after he assaulted former Soviet refusnik, author and human rights activist, Natan Sharansky at Rutgers University.

From the Jersey paper :


In the incident involving the assault on Cleveland and Elm streets, a Belvidere couple in a black Ford pick-up truck was stopped in traffic when approximately 10 people surrounded the truck, police said. One of the 10 individuals, Abraham Greenhouse, 29, of Boonton, allegedly threw steel cylinders and shattered the rear window of the truck, police said.

The driver, a 35 year-old man, got out of the truck, attempted to dial 9-1-1 on his wife's mobile phone but it was slapped out of his hand.

One of the alleged assailants, Jonathan Harvey, 26, of Brooklyn, N.Y., allegedly kicked the driver in the groin and another man, Andrew Flowers, 37, of Connecticut, struck the man repeatedly with his fists.

The man's wife, also 35, was kicked and punched by several people during the attempt, while she was attempting to protect her husband.

A 64-year-old Morris Plains man tried to break up the fight, but he was also assaulted, police said. 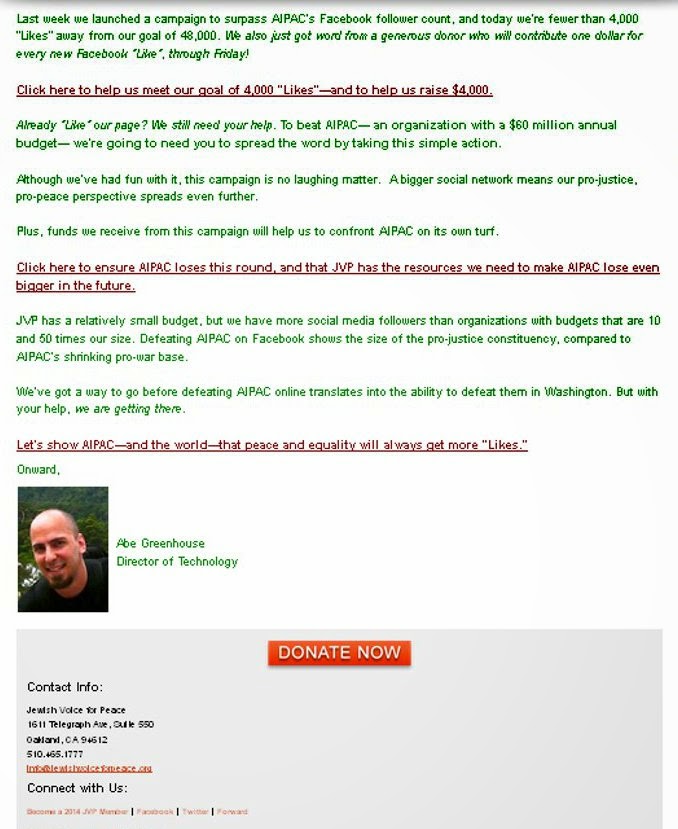 In civilized company, desecration of holy sites along with arrests for assault and criminal mischief gets you ostracized at best, jailed or 5150'ed at worst.   At JVP, it gets you a job as director of technology.
Posted by Dusty at 6:56 PM