BDS fails of the Week: the local edition. 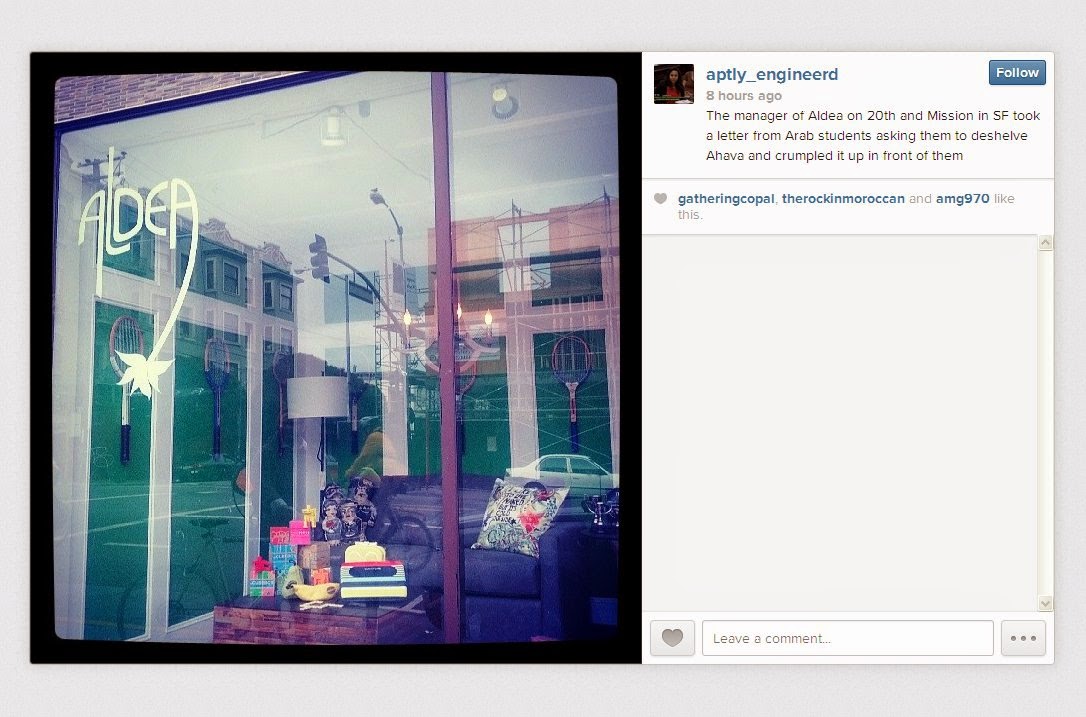 Apparently BDS attempts to intimidate a local store-manager into de-shelving Israeli products failed  miserably. Aldea is at 20th and Mission, folks.  A buycott and a round of thanks are in order.

Thanks for sharing, Rebecca.

The campus divestment movement suffered yet another setback at UC Davis as the Aggies for Israel  fought back against the BDS bullies, and prevailed. The vote was 5-5, with 3 abstentions. The resolution ultimately failed when the Senate Vice President declined to break the tie.

And finally,  Sonoma county has renewed its contract with transportation giant Veolia, in spite of a massive pressure campaign led by the North Coast Coalition for Palestine. Interestingly enough,  the coalition declared "victory' in their campaign last November.  They even had a party.   Oops. 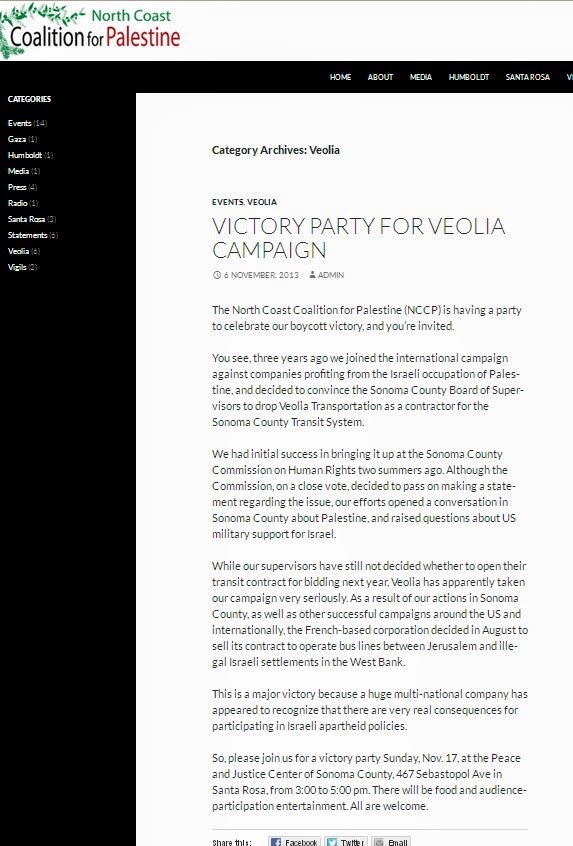 .
Guess they're right.  Denial isn't just a river in Egypt. For the BDS cru, its a life-style choice.
Posted by Dusty at 2:43 AM

here's another BDS fail Jay Leno is going to Israel despite BDSholes calls for him to cancel his trip http://www.israelnationalnews.com/News/News.aspx/180460#.U23vE41OXIU

Hate is that deep, anti semetism in the modern day, steming from a global rise in anti-semetism after the release of " The Passion", by Mel Gibson.

It was out their, but not at the same rate before the release of the film, which corresponded with a major concession in talks with Israel and her bad tenant.

This BDS movement is about Hatred, jealousy and ignorance, from a non productive aspect of society! And what's interesting, is that the occupiers of Jewish land are also non productive and creative.
What if Israel started to divest what it has created from the world, the list is endless.