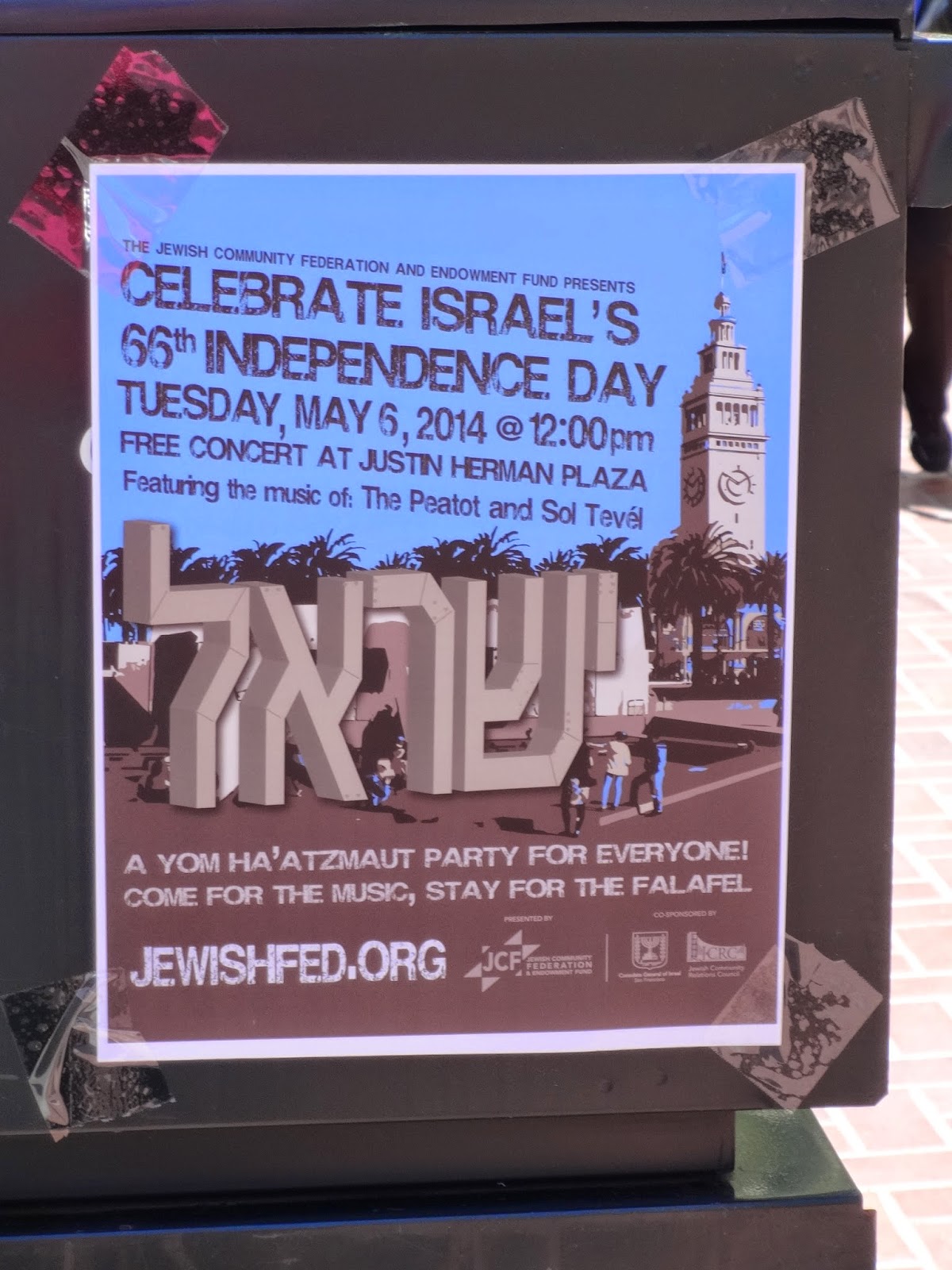 Compared to Israel in the Gardens,  Israel in the Plaza  was an intimate affair, with hundreds, not thousands gathered amidst the fluttering flags.  Security guards set up checkpoints-  participants were searched and wanded before  entering the event. 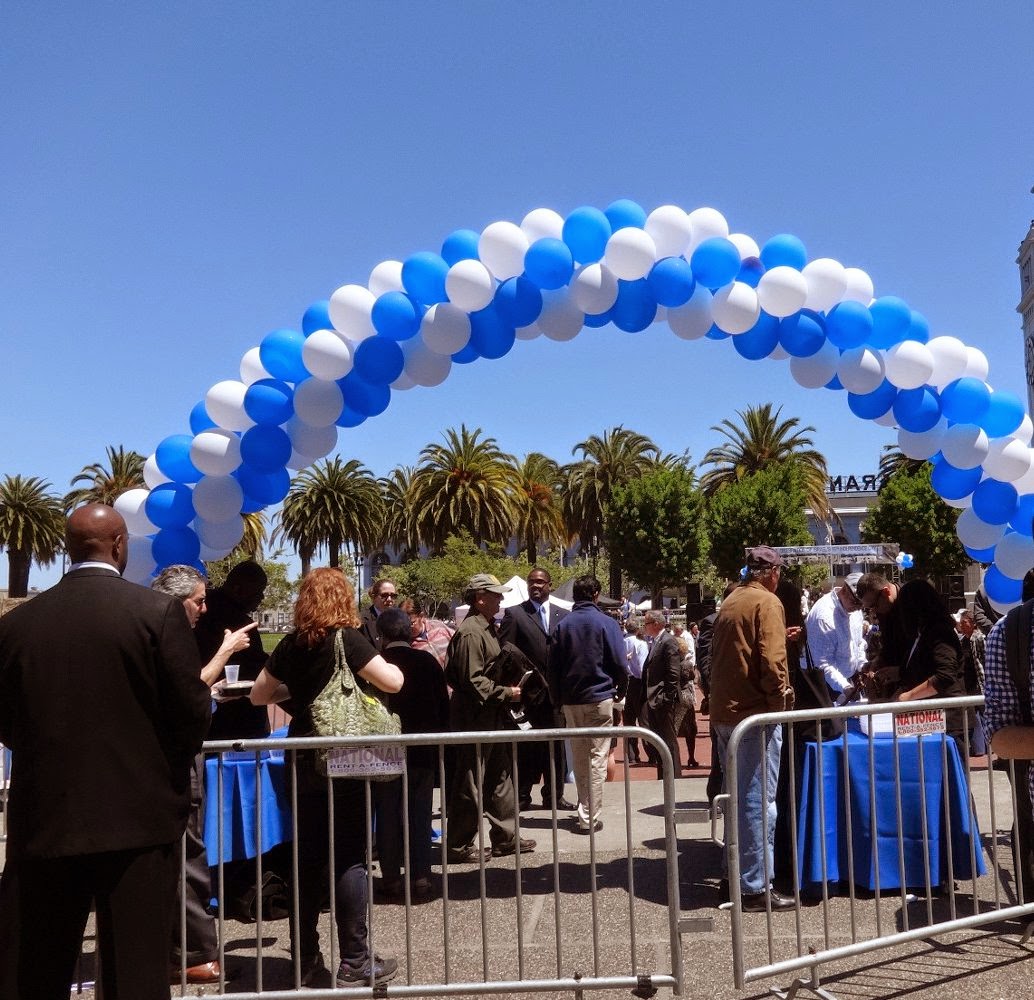 In spite of all the “but we’re the victim” chatter from the anti-Israel cru, they never seem to need these precautions to guarantee their safety at their own events. It was a lovely afternoon, complete with music,  food trucks and dancing


There was one surprise. Here in the nationwide hub of the delegitimization of Israel, at noon, there was one solitary protester at  Justin Herman Plaza. Just one. 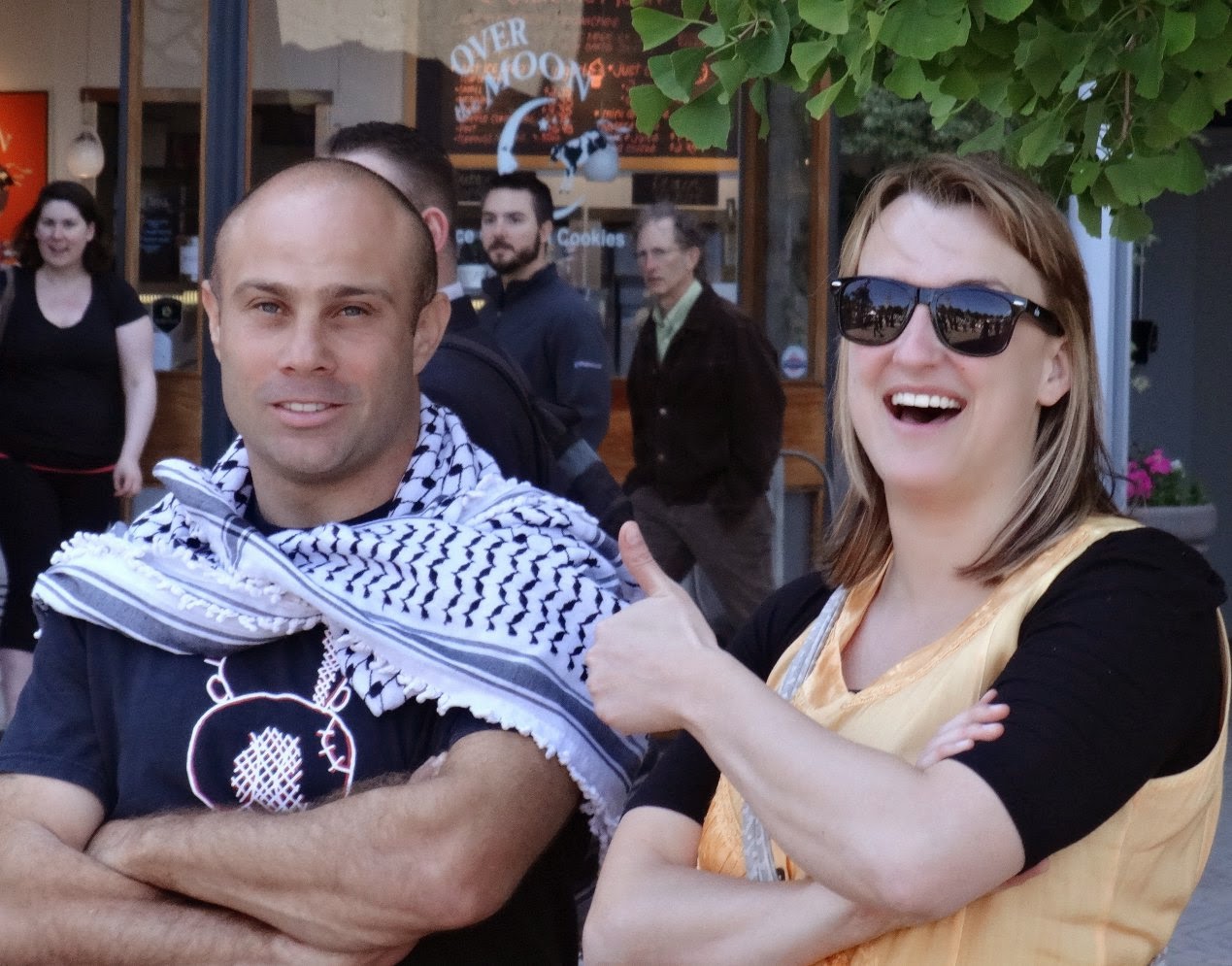 By closing, the number had swollen to 3.

The era of the ubiquitous street protests may well be over.  The anti-Israel events rarely stood alone, anyway.  On the buffet table of political activism,  they generally served as a side dish - seldom as a main course.  At first, they were tied into the International A.N.S.W.E.R anti-War scene. Over time, the numbers of Americans disenchanted with the war grew in direct proportion with those disenchanted with twisted agenda of International A.N.S.W.E.R..  (In retrospect, maybe your vocal support for North Korea wasn’t such a good idea, after all, Dick.)   Attempts to tie in anti-Israel activism with the Occupy movement also fell flat on its face.   More recent attempts to link anti-Israel activism with urban justice, with the prisoners’ rights movement, and to the green movement have also faced mixed results, largely because seasoned activists were justifiably miffed at the thinly veiled attempts to hijack their agenda. There were other  factors as well.  Allegations of financial impropriety have plagued certain key individuals and  their organizations.  Infighting over how best to destroy the Zionist entity has caused ruptures in the movement.   Ultimately, many peace activists found they just weren’t comfortable standing shoulder to shoulder with those calling for intifada and endless war.    As importantly, the meticulous documentation of the anti-Semitism at the core of the movement  scared away all but the most extreme

The result? A glorious afternoon unencumbered by hate. 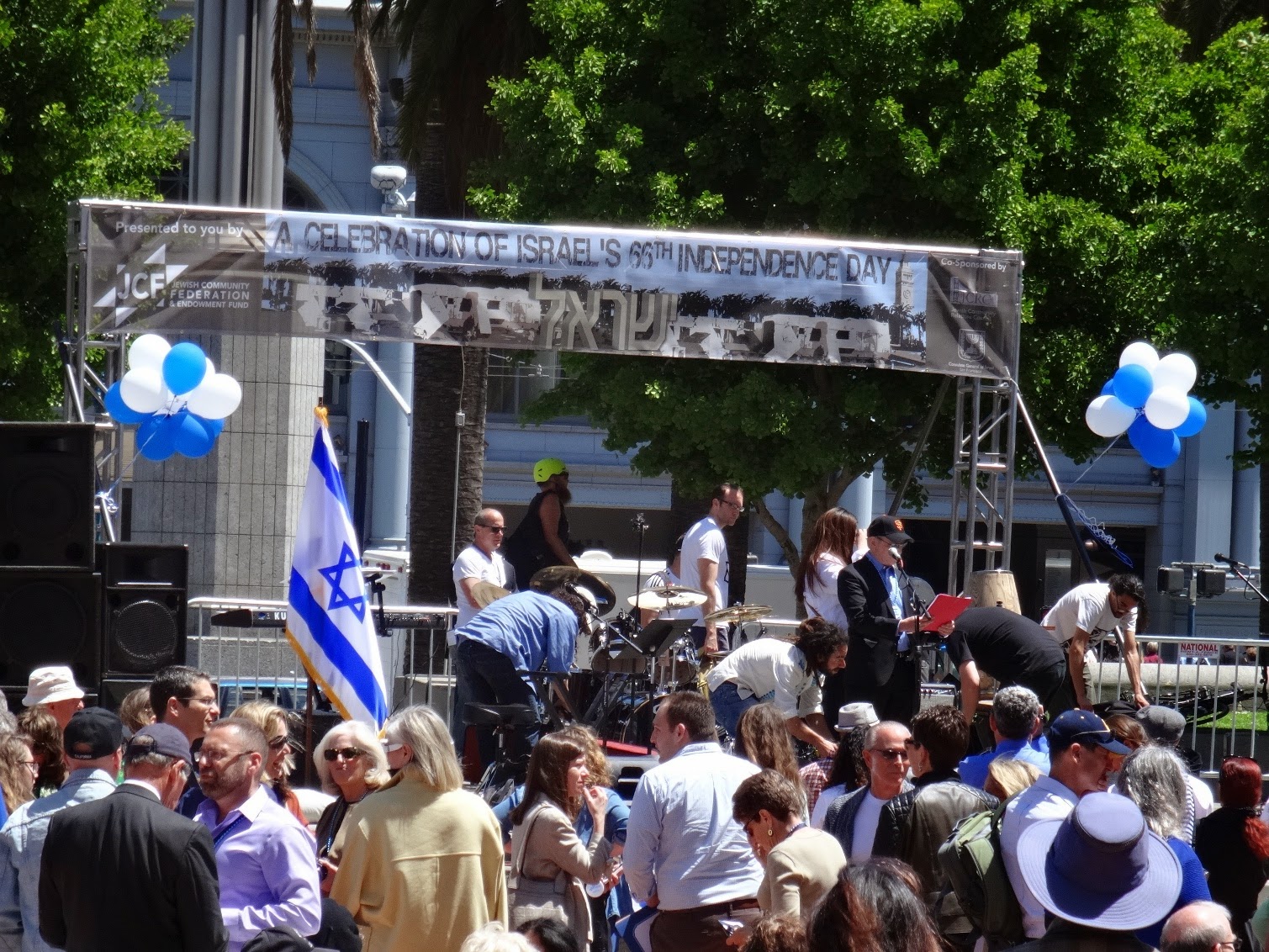 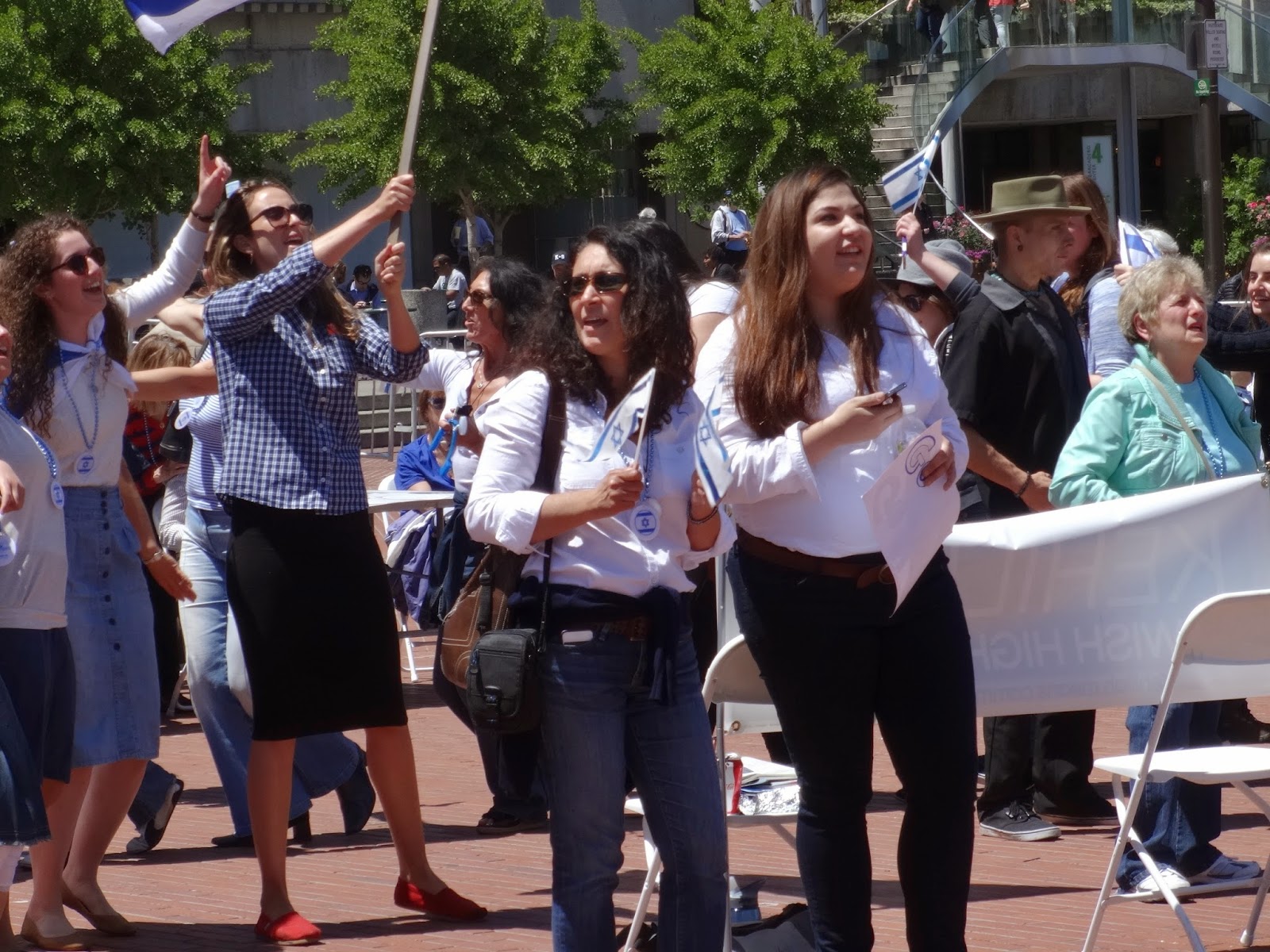 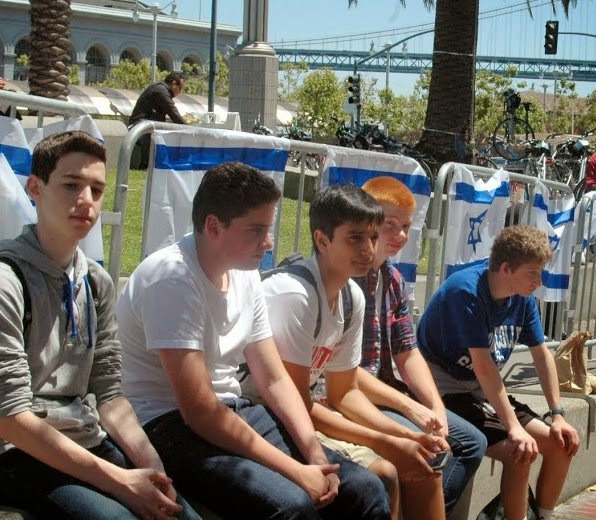 just like with islamists like jabbat al-nusra and hizzbola fighting in Syria the various anti-Israel leftists fighting amongst each other might almost make someone say Israel is blessed to have such fools for enemies.