The World's most isolated Countries: Pssst. Gaza isn't on the list

The Anatomy section of the Spring issue of World Policy Journal ranks the top 10 most isolated countries by our own unique metric. To create the list, we looked at five factors: number of countries to which each is connected by plane; percentage of individuals using the Internet; arrivals of international visitors and foreign military personnel; immigrants as a percentage of total population; and imports per capita in U.S. dollars. We further weighted each factor to arrive at our final index ranking....

Internet access was weighted heaviest in our metric, accounting for 30 percent of a country’s overall score. This reflects the evolving nature of what is meant by “connected.” Centuries ago, it meant that your nation was well situated along a trade route or attached by port to the nearest seat of power. Later, a railroad stopping in a principal city assumed more importance. Now, without access to a mobile phone and Twitter feed, you’re isolated from global flows of information and our era’s defining mode of communication. Much of the world might be too remote for personal encounters with large numbers of foreigners, but citizens reading about the outside world, watching videos, or lining up foreign Facebook friends can still learn about what’s outside their borders. 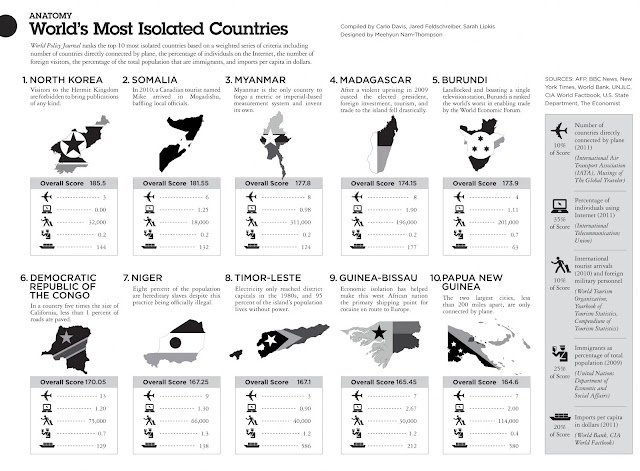 About 20% of the population in Gaza owns a personal computer - this is more than Portugal, Brazil, Saudi Arabia or Russia. They have access to ADSL and dial-up Internet service, provided by one of four providers. About 70% of Gazans own a TV and radio and have access to satellite TV or broadcast TV from the PA or Israel. Gaza has well-developed telephone land lines, and extensive mobile telephone services provided by PalTel (Jawwal) and the Israeli provider Cellcom. According to a USAID report, 81% of households in Gaza have access to a cell phone. The PA-owned cell phone provider Jawwal has more than 1 million cellular subscribers.

Its another  "don't bother us with the facts"moment for the anti-Israel cru.  In a world where almost 16,000 children die from hunger-related causes each day (that's one child every five seconds); in a world where millions are cut off from the resources they need to thrive, the only Palestine counts crowd is complicit in perpetuating a cycle of want and despair by siphoning off not just funding but compassion from those who need it the most. 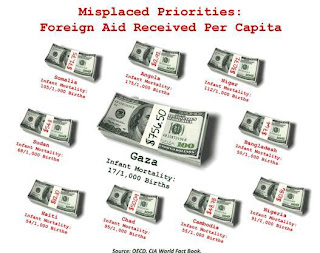