Hapless Harry Fear and the Goblet of Humility

Harry Fear earned his 15 minutes of fame utilizing social media to castigate  Israel for her actions during Operation Pillar of Cloud.  It  might have given one the impression that Harry Fear was comfortably at home in Gaza . Appearances can be deceiving, however. Could these three be his only friends? 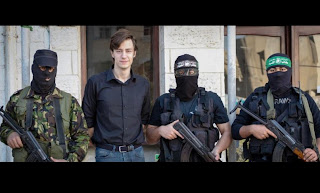 Harry was scheduled to receive an honorary doctorate from Gaza's Islamic University.  But it appears that students at the university had other ideas.   Harry's special day was repeatedly interrupted by students that didn't feel Harry was quite as great as Harry thought he was. 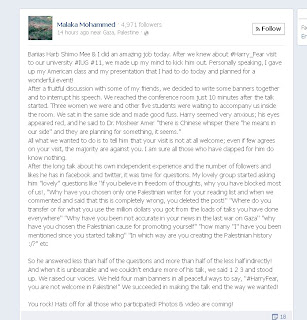 Why? The people who know Harry and work with Harry seem to think he has an ego problem.

Others are appalled that he traveled around the world telling the story of the people of Gaza,  earning thousands off of their misfortune. Still others found issue in  the quality of his "journalism", and the misinformation he helped spread during operation Pillar of Cloud

Having a public speech interrupted is an indignity usually only endured by the pro-Israel crowd. For once, Harry Fear finds himself in good company. I suspect he won't appreciate the irony.