In 1896, Theodor Herzl, the father of modern Zionism published a pamphlet,  The Jewish State, and concluded it with these following prophetic words:  "Therefore I believe that a wondrous breed of Jews will spring up from the earth. The Maccabees will rise again." 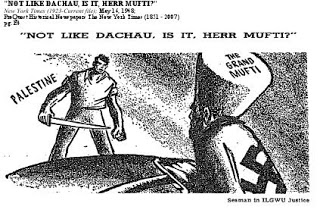 The dream of Herzl has become a reality, as the state of the Jewish people not only survives, but thrives. The life expectancy of an Israeli is 81.5 years- among the highest in the world. Israel's army is strong, and its people are as well.


Chen beat competitors from Russia, Armenia and Hungary to get to his medal, but was unable to progress further; he had been scheduled to fight against an Iranian judo expert, who refused to enter the ring when he found out he was scheduled to fight an Israeli. Similarly, Sasson's award was marred by a another Iranian's intransigent refusal to have anything to do with Israel; an Iranian who was set to receive a bronze chose to forgo the honor, rather than get on stage with an Israeli to get the prize.
Also winning a gold medal in an earlier contest was Israel's Sagi Muki.


Speaking after the awards ceremony, Israeli team coach Oren Smadja said that “it is a shame that the Iranians mix politics with sports. Our team is prepared to face any challengers, any time and any place.” He added that he was very proud of the team. “Three medals at a world championship are a testimony to the hard work this team has put in. I am pleased with these results,” he added.

iran found a convenient accuse to not get their asses hand to them in the judo ring by Israel as well as every other arena of achievements.