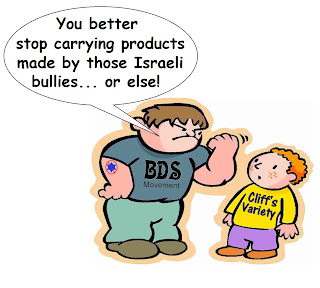 Bullying, Demonization and Slander are the defining tactics of the BDS movement. In the Bay area, with its dubious distinction of being a "hub of de-legitimization" of Israel we see this clearly. Stores have been picketed, windows have been smashed, trash cans  set on fire. Not only Israeli products, but kosher products have been routinely targeted and vandalized.  Currently, a beloved community institution, family run Cliff's variety store in the Castro district of San Francisco is the object du jour of the BDS'ers wrath. The bullying of Cliff's reached a crescendo Christmas eve, with boycotters invading the store and allegedly biting a store employee. After all, to the BSD'ers, "justice" is a distilled and sanitized form of revenge, not a higher calling.

Whats an activist to do, when faced with the ugliness of the BDS movement and the brown-shirt tactics of their "peace activists"?

When faced with darkness, we increase the light. When faced with hate, we respond with love.
Feb 10 was scheduled as a Love-in for Cliff's Variety Store. People began gathering in line in front of this 75 year old neighborhood institution an hour before the store opened. The plan was simple- to engage in economic activism ourselves- to show Cliff that the community supported their decision to continue selling the products that people wanted to buy. By 11:00, dozens of shoppers had showed up. The elated reaction from store employees and management, and the smiles from the activists were proof enough that we had made the right decision. 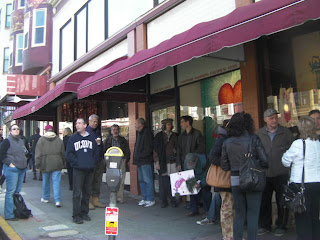 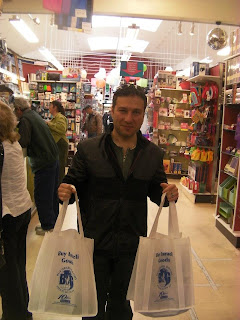 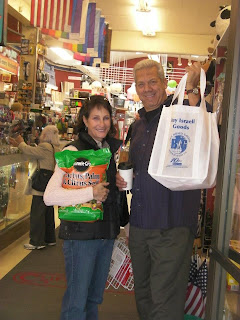 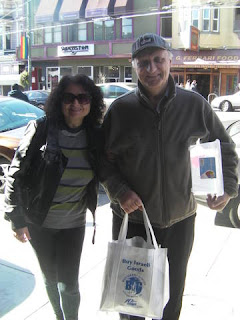 well done! BDS has back fired on those anti-Israel morons yet again!

Dalit (Dov) Baum of Global Exchange, the paid hater in chief of the BDSers was positively titillated that Zionists organized this. Apparently they feel left out and insignificant when the local Zionists ignore them.

The dark days of Germany circa 1932 are here again. But we are now armed in knowledge where antisemitism leads. We activly oppose the evil of BDS hate.

I intend to cross-post this at Israel Thrives, Dusty.

I assume that you do not mind.