Last month, a proclamation to declare June 5 “Palestinian Cultural Day” in Alameda County was pulled off the agenda by Nate Miley, president of the county’s Board of Supervisors. An alternative resolution was proposed, and the anti-Israeli Lobbyists were persuaded to give up their "Jews as Palestinians" argument, and their denial of Jewish peoplehood.

The new resolution proposed by the Board of Supervisors follows;

WHEREAS, Palestinians trace their roots back to the historic land of Palestine and profess many faiths; and

WHEREAS, Palestinian culture is presented through books, poetry, music, dance, oral history, folktales, proverbs, and handicrafts made with cross~stitch embroidery patterns that often display ethnic or regional identity and honor a rich cultural legacy from centuries past that are important symbols of Palestinian culture; and

WHEREAS, Palestinians have embraced for over 2,000 years core values such as love of family, commitment to education, hospitality, and reverence for land, community
empowerment, strong sense of justice and they now share these values with the residents of Alameda County; and

WHEREAS, Palestinian residents of Alameda County now number approximately 20,000 and continue to make major contributions to the County in the fields of arts and culture, community organizing, student activism, law and medicine, and are valued members of the community as small business owners; and

PROCLAIMED that this Board of Supervisors, County of Alameda, State of California does hereby proclaim ]uly 24, 2012 as "Palestinian Cultural day" and recognizes the contributions of the local Palestinian population to Alameda County residents and communities.

The UN doesn't agree with this, of course, and UNRWA defines Palestians as "people whose normal place of residence was Palestine between June 1946 and May 1948" - hardly 2,000 years. At least the current proclamation doesn't have the Alameda County Board of Suervisors mistakenly defining what it means to be a Jew.

Its a compromise I can live with.


The Arab Community is happy, too. Their announcement follows

After persistant meetings and discussions with the Board of Supervisors, including Board President, Nate Miley (who pulled the Proclamation from the Agenda last month), a final agreement has been made to move forward with the proclamation after a minor amendment was made in the proclamation's language. The Buena Vista United Methodist Church and the Arab Cultural and Community Center are thrilled with the progress made and would like to invite you witness members of the ACCC receive this historic Proclamation at the Board of Supervisors meeting this Tuesday July 24th, 2012 at 10:30am. A Dessert reception will follow at the park across the street from the county courthouse.

To those attending on Tuesday: We ask that you wear any traditional Palestinian items you may hav (kuffiyeh, Toub, symbolic shirts..etc!)... We want to stand out!

We'd also like to give a very special thank you to the Buena Vista United Methodist Church for all their hard work and dedication in helping us to arrange these important meetings, and to those of you who sent all those emails and made phone calls urging them to approve this important proclamation. 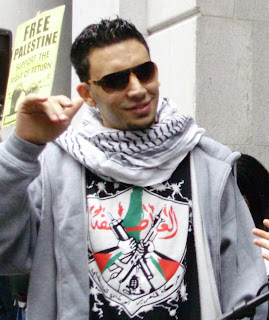 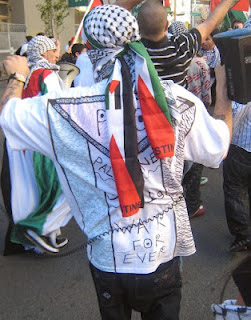 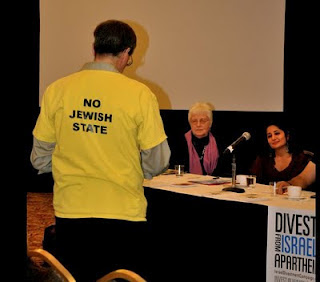 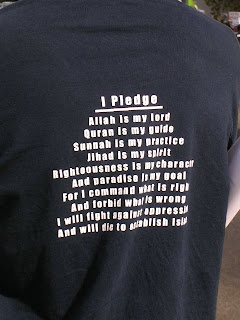