The International Solidarity Movement is Looking for Rachel Corrie Wannabes

Looking for adventure in all the wrong places? The International Solidarity Movement might be perfect for you. The ISM recently sent out a job announcement, recruiting people to act as human shields in Gaza. Their help wanted is printed below, with a bit of editorializing.

The International Solidarity Movement is appealing for activists to join our team in the besieged Gaza Strip. In recent months numerous people have managed to cross into Gaza through Egypt, so at present, there is a small window of opportunity to enter.

(Yes, Gaza is such an open air concentration camp that any old international volunteer can just walk in)

ISM Gaza was reinstated in August 2008, when volunteers traveled aboard the historic, siege-breaking voyage of the first FreeGaza Movement boat. ISM has maintained a constant presence in Gaza since that time, for over two years of Israel’s crippling siege.

(Crippling Siege? According to a recent report by Bloomberg News, the Gaza economy has grown by 16 % . Last year over 23 tons of strawberries and over 33,000 flowers were exported to European markets. )

(Were these the ambulances found to be transporting weapons, and militants? We can only speculate.)

Daily life in Gaza is a harrowing struggle. 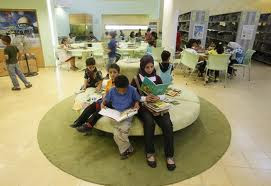 A harrowing afternoon in the Gaza City Library

Israel’s siege has made rebuilding bombed structures virtually impossible, and thousands of Gazans continue to live in tents.

(Yet in recent months a brand new mall has been built. The Crazy water park has also received much publicity. )

(Yet somehow they manage to grow strawberries for export? Can someone explain this?)

In stark violation of international law, Israel enforces a three-nautical-mile fishing blockade. The Israeli-imposed ‘buffer zone’ swallows up a third of Gaza’s farmland, which lies along the Israeli border. Farmers are routinely shot and killed simply for working their land well inside Gaza’s borders. 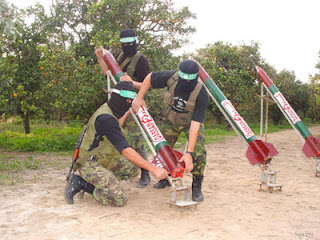 ISM Gaza volunteers accompany farmers and demonstrators in the ‘buffer zone'....
(and act as human shields?)

As the international community becomes more critical of Israel’s policies, it is vital to have individuals on the ground that can attest to the conditions inside the open-air prison of Gaza.


(Now you too can attest to the conditions inside the open -air prison of Gaza. After all, you've seen it on you-tube!)
Posted by Dusty at 5:24 AM

The Plaestinians are living in tents? Not according to Ma'an

The vast majority of Palestinians own their homes, living with an average of 1.6 people per room, while those who rent pay an average of 115 Jordanian Dinar ($162) per month, a housing survey found.

Only 0.9 percent of households lived in large manor homes, while 48 percent said they lived in a house, with 50 percent in apartment buildings. Home ownership in the West Bank was at 82 percent, and at 87 in Gaza.

Ninty-seven percent of homes had refrigerators, 94 percent had satellite dishes, and 47 percent have computers.

This article about the barley harvest in Gaza appeared on the ISM FB page. So what's this about Gaza being forbidden to grow their own food?