Was Israel "erased" from the Map at UCLA?

From Bruins For Israel

On Tuesday May 21, at UCLA's World In-Sight fair, a festival meant to expose UCLA students to the globe's diverse cultures, the Empowered Arab Sisterhood (EAS) disseminated maps asking students to "Find All The Middle Eastern Countries" (see below). 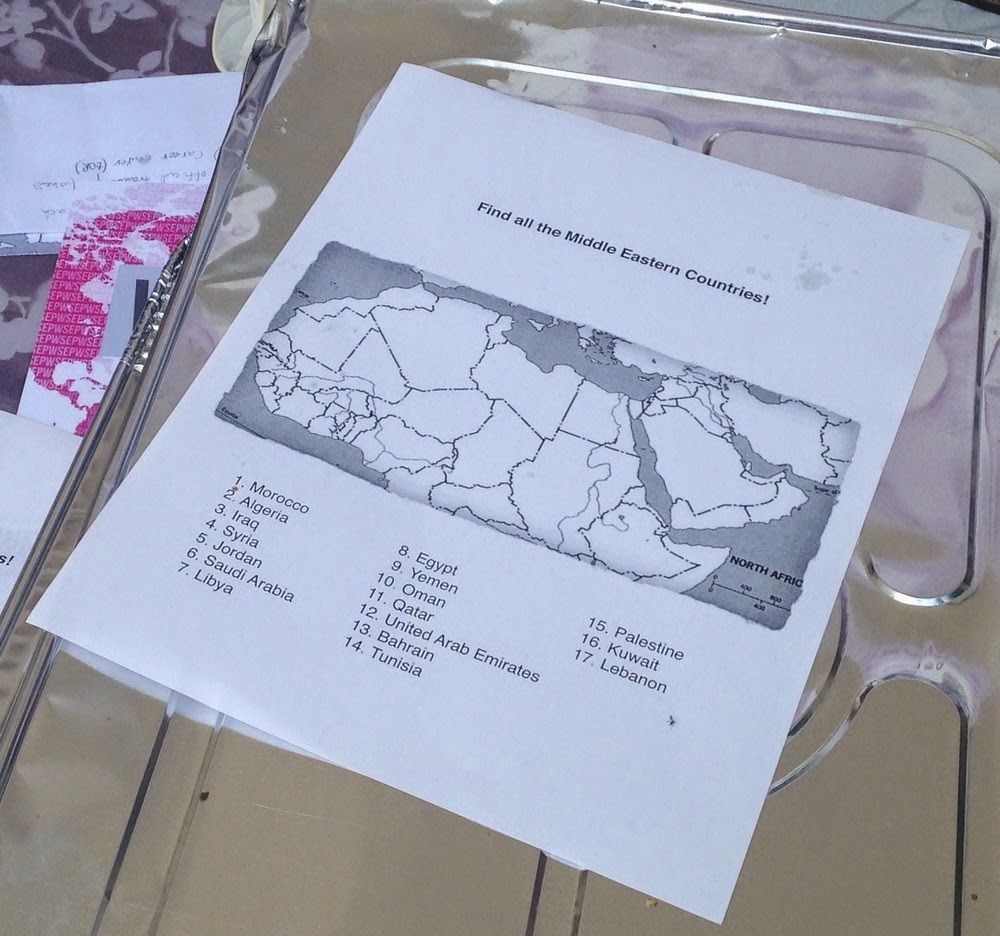 The EAS listed 17 countries among the list of Middle Eastern states to choose from (including Palestine) but conspicuously omitted the State of Israel. This glaring omission effectively eliminated the Jewish state from the Middle East. When confronted, EAS members chose to cross out "Middle Eastern" in the title and replace it with "Arab" instead (see below). BFI is concerned that, given the recent prevalence of anti-Zionist bigotry on campus, EAS' initial erasing of Israel was deliberate. 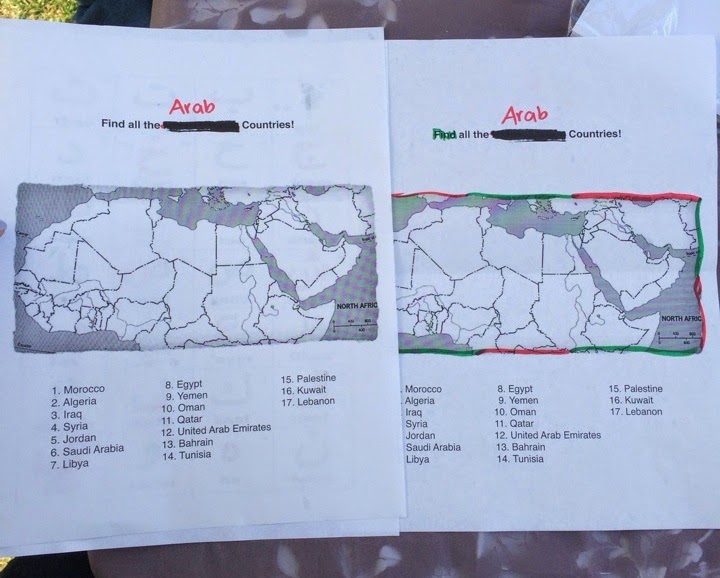 Whether deliberate or not, the omission of Israel from the Middle East in EAS' materials represents yet more disinformation that undermines the Jewish people's right to self-determination and alienates Jewish and pro-Israel students on campus. It is because such disinformation and hostility towards the Jewish and pro-Israel community have become so frequent at UCLA that we have put forth our statement asking the UCLA community to denounce anti-Zionist bigotry. By erasing Israel from the Middle East, EAS erased our families, our history and our collective rights. By erasing the State of Israel but including Palestine, EAS' omission also directly hinders efforts to reach peace based on a two state solution, a solution that BFI fully endorses.

Accordingly, Bruins for Israel requests that the Empowered Arab Sisterhood issue a statement of apology that recognizes the State of Israel as well as the right of Jewish people to self-determination in their ancestral homeland.

In the interest of peace, justice and positive campus climate, this must be said.  Iran- a non-Arab country, is also omitted from the list.  Between the divestment resolution and the harassment of students attending educational trips to Israel, the Bruins for Israel are understandably sensitive about this map as yet another manifestation of the hostility they have experienced on campus.  I suspect that while innacurate, and inappropriate, the omission of Israel was not intended as a political or personal slight.

Lets choose our battles with care.
Posted by Dusty at 11:59 AM

Email ThisBlogThis!Share to TwitterShare to FacebookShare to Pinterest
Labels: anti-Semitism on campus, Bruins for Israel, UCLA