Reuters News Agency Confuses Cause and Effect in Gaza.

In the last day, over 90 rockets and mortars were launched from Gaza.  Sixteen were intercepted by Iron Dome.

In a strange and no doubt deliberate reversal of cause and effect, the Reuters news agency headline reads  "Israel strikes Gaza military sites, Palestinians fire rockets". 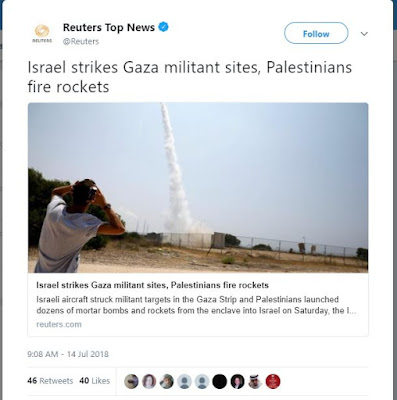