In the last 24 hours, over 200 rockets and projectiles were launched from Gaza in a campaign of terror targeting Israeli civilians. 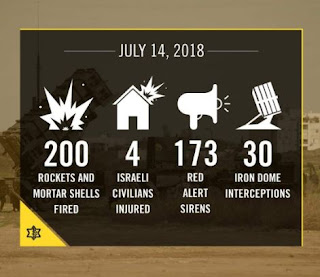 Hundreds of thousands of Israelis spent the night huddled in safe rooms, or reinforced staircases. 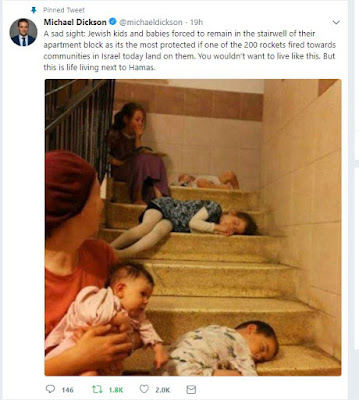 A family in Sderot was injured after their home took a direct hit. Speaking from the hospital, Aharon Bucharis stated

All the glass in the living room flew toward us, the whole house was filled with smoke, there was blood everywhere, shouting and madness. The neighbors called emergency services, I had shrapnel in my face and legs, my wife and daughter had in their heads....

A synagogue and a playground were also damaged.

In response, Israel retaliated with strikes against a wide range of terrorist targets, including the headquarters of Hamas's Beit Lahiya Battalion, urban warfare training facilities, weapon storage warehouses, and a Hamas training facility with an underground tunnel .

Two teens were killed in the strikes. 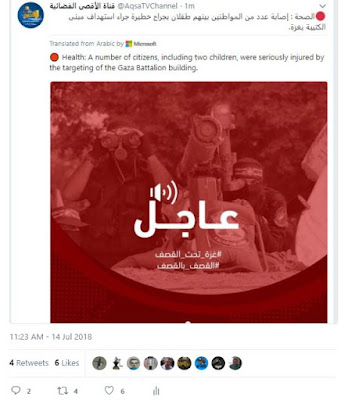 The Western media  has been largely silent  about the attacks on Israel.
Posted by Dusty at 12:05 PM