Yes, there is another Block the boat protest at the port of Seattle scheduled for Nov. 29, at 4pm, and yes, they are promoting  this action with that universal symbol of brotherhood and good will, the Molotov cocktail. 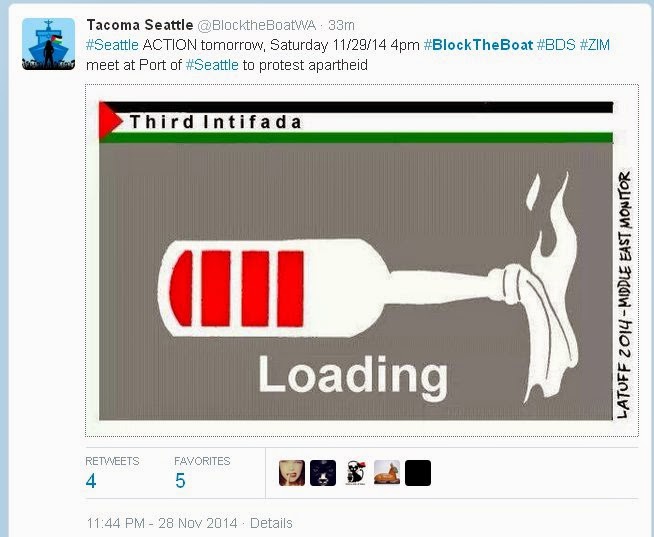 The Zim Djibouti is currently anchored in Washington along with several other container vessels. 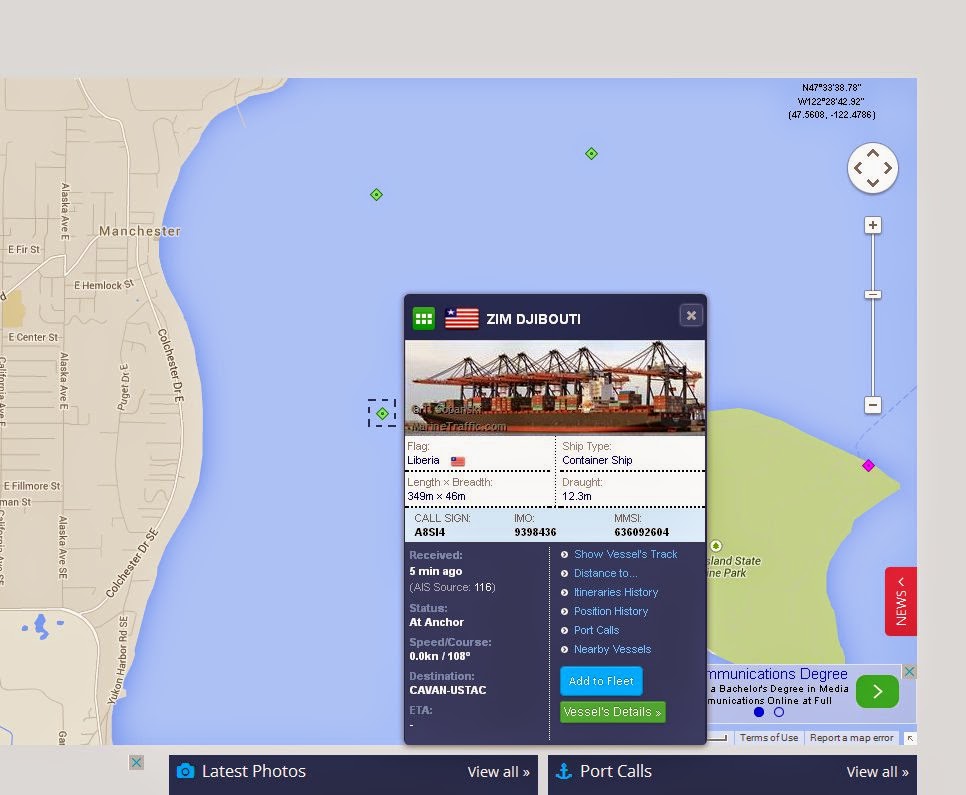 They are not delayed by any protesters- they are waiting for their turn, based on the posted schedule for unloading at the Port of Tacoma. Thats right, Tacoma, not Seattle at 5pm Nov. 29. 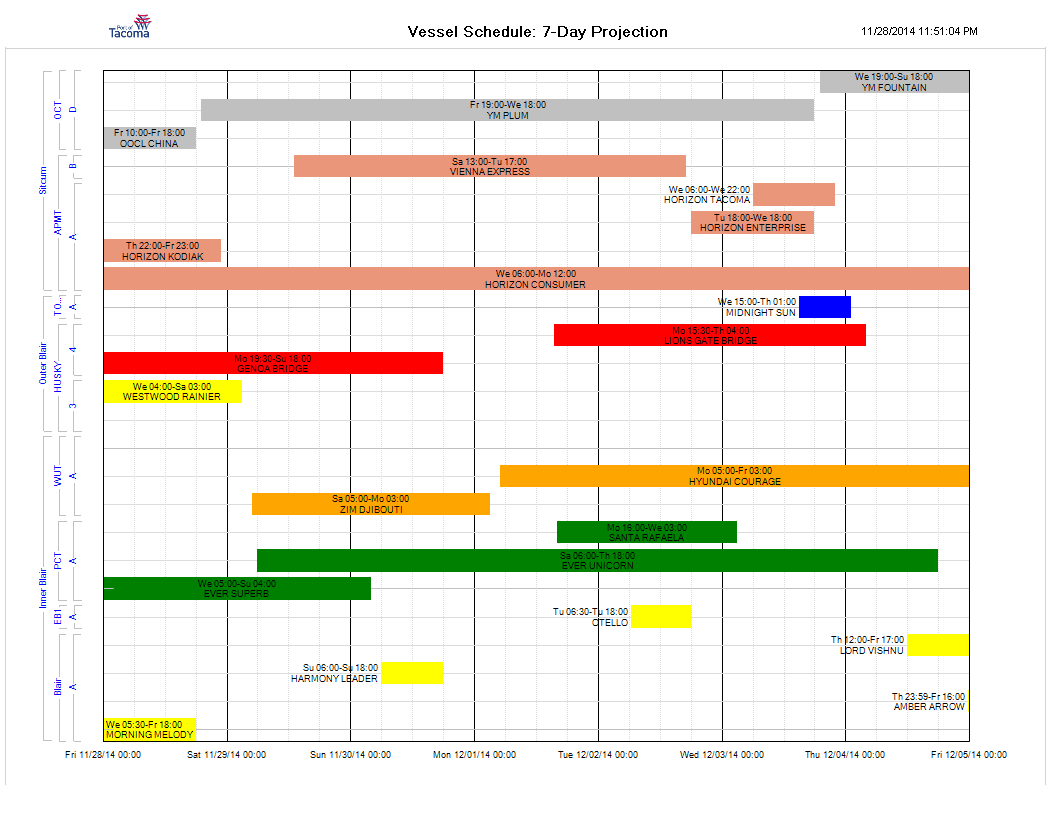 According to the Block the Boat organizers,  they are meeting at the port of Seattle at 4pm, yet the object of their affections, the Zim Djibouti isn't due into the Port of Seattle until Dec.1. So why  is Block the boat asking people to meet in Seattle and not Tacoma? 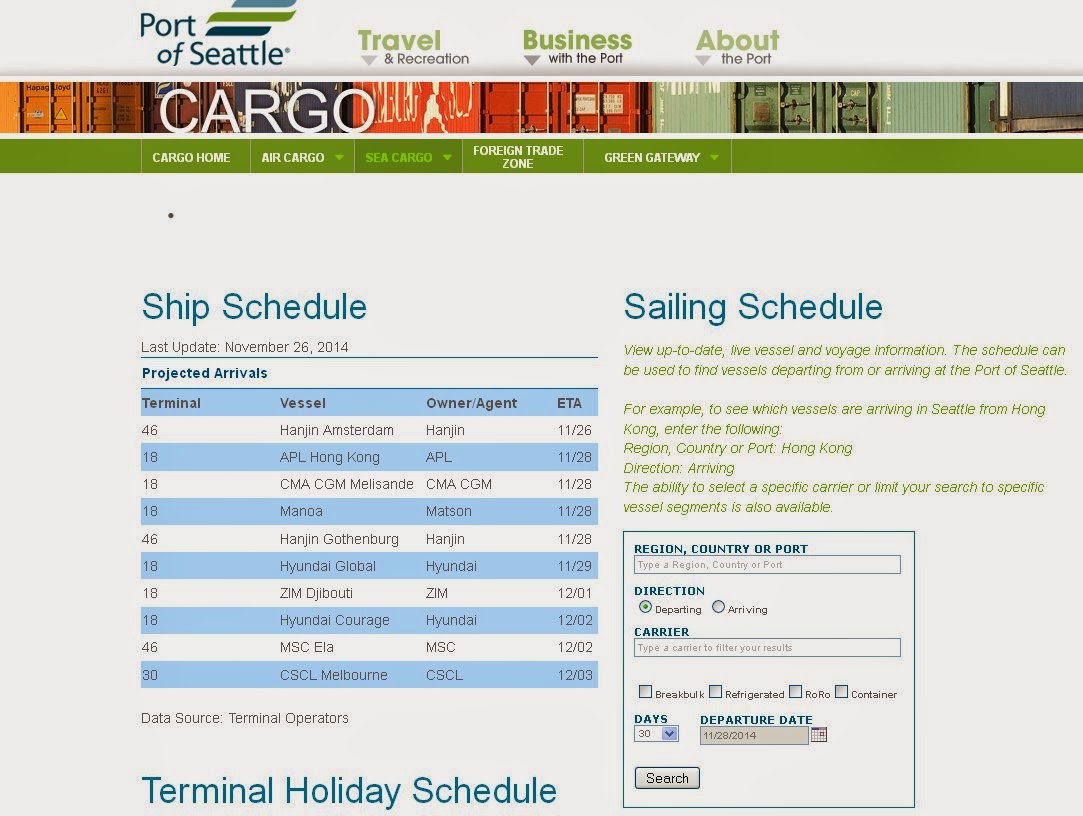 What we are seeing is the genesis of the Block the Boat hoax.

The Zim Djibouti arrived in Washington  State Nov. 28. There was a protest at the Seattle port, preventing the Djibouti from unloading at Seattle until Dec. 1. The boat was therefore " delayed " by 48 hours, costing Zim thousands millions.   This will be followed by the usual back clapping self congratulatory  press releases  that we've been seeing for months.  Block the boat is "unstoppable".  BDS is on a "roll" .Its about union "solidarity"

And its all a lie.

From the President of ILWU local 23. 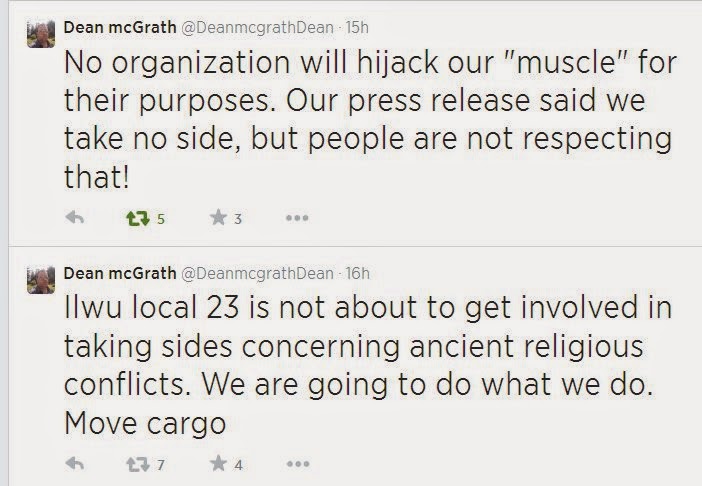