In Los Angeles, 1,500 showed up in support of the only democracy in  the Middle east. In San Diego, over a thousand  came.  And The East Bay may also reach similar numbers at tomorrow's Amidah: We stand with Israel program.

This, by the way , is what unity looks like:

As the crisis in Israel moves into its sixth day, millions of Israelis are living in danger. Hamas and terrorist cells operating in Gaza continue to aim rockets at Tel Aviv and Jerusalem. The cities in Israel’s south are under continuous attack. This is a time for our community to come together, to support one another, and to stand in solidarity with our brothers and sisters in Israel.
Please join the East Bay Jewish community for: 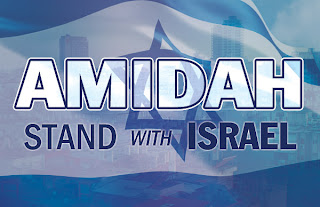 Tuesday
November 20, 2012 / 8 Kislev 5773
7:30 – 9:00 PM
Temple Isaiah
945 Risa Road in Lafayette
The program will include prayers for peace and healing, updates on the situation in Israel and the East Bay Jewish community’s response, a live feed from the shelters in Israel, a call to action, information on how to provide humanitarian relief to Israelis affected by the crisis, and an opportunity to write letters to elected officials.
Posted by Dusty at 8:41 PM