To Anna Baltzer: What I did with My Caterkiller campaign kit.

The US Campaign to end the Occupation will generously send activists...any activists...campaign kits. Included are postcards, posters, cd's- an entire toolbox of props designed to perpetuate the demonization of Israel. The new National Organizer for the Campaign, Anna Baltzer recent sent out an email asking us just what we did with the literature her organization generously provided

I just started as National Organizer with the US Campaign and am trying to gather information on past and present work by US groups on the Caterkiller Campaign, which will inform how we proceed with the campaign.
If you're getting this it's because you've probably ordered our CAT organizing packets in the past. Would you be willing to take a moment to answer some or all of the questions below?:

1. Did you find the CAT organizing packets useful? Do you have any suggested improvements?
2. What work has your group done on the CAT campaign in the past?
3. Do you continue to advocate for CAT accountability? If so, how? If not, why not?
4. Can you share any ideas or lessons learned that would inform how we proceed with the campaign?

If you'd prefer to talk about this by phone rather than email, please send me some times you'd be available and we'll set a date!
Thanks in advance, everyone,

I used the Caterkiller campaign kit as kindling for my organizations annual Lag B'Omer bonfire. I am extremely pleased with its performance. It ignited perfectly, and burnt clean and quickly. Thank you for asking. 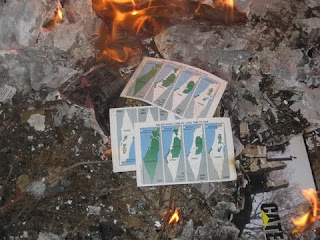 It is traditional to light bonfires on Lag B'Omer. Lag B'Omer is the anniversary of the death of Rabbi Shimon bar Yochai, author of the Zohar. The Zohar (The Shining Light) deals with the mystical teachings of the Torah and forms the basis for Kabbalah. Taking this a step further, it is the tradition of local Israel activist groups to kindle a bonfire using the accumulated refuse of hate groups such as the US Campaign. Request your kit here www.endtheoccupation.org/form.php?modin=157 and remember, the best tool against darkness in our world is simply increasing the light. 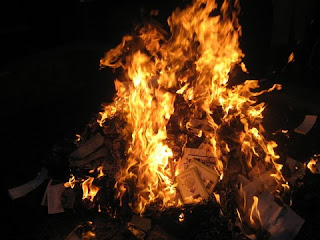 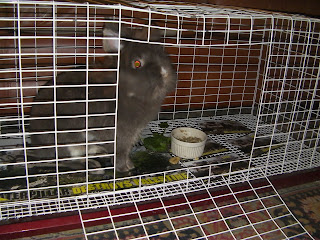 Kudos to Jack for sending in this photo of a creature (gremlin? Rabbit? any guesses?) making great use of his Caterkiller activists kit. Way to go Jack!
Posted by Dusty at 9:00 PM