Muslim Brotherhood: ‘We are against Zionism’

From the Jerusalem Post: A spokesman for the Muslim Brotherhood in Egypt on Thursday evening repeatedly refused to commit to maintaining the peace treaty with Israel, or even recognizing Israel, if the Brotherhood becomes a player in the future governance of Egypt.

Mohamed Morsy also said the Muslim Brotherhood opposed violence. “We do not use violence against anyone,” he said. But what was happening on “Palestinian land,” however, he said, was not violence but “resistance. And resistance is acceptable by all mankind. And it is the right of people to resist imperialism,” he said. 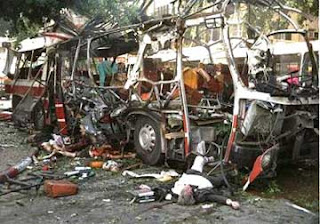 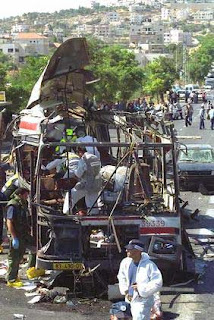 From the Stand With Us factsheet on the Muslim Brotherhood:

The Motto of the Muslim Brotherhood is "Allah is our objective. The Prophet is our leader. The Qur'an is our law. Jihad is our way. Dying in the way of Allah is our highest hope. Allahu akbar!”. The Brotherhood’s goal is to turn the world into an Islamist empire. The Muslim Brotherhood, founded in Egypt in 1928, is a revolutionary fundamentalist movement to restore the caliphate and strict shariah (Islamist) law in Muslim lands and, ultimately, the world. Today, it has chapters in 80 countries.

“It is in the nature of Islam to dominate, not to be dominated, to impose its law on all nations and to extend its power to the entire planet.” —Muslim Brotherhood founder Hassan al-Banna

The Brotherhood advocates violent jihad: The “change that the [Muslim] nation seeks can only be attained through jihad and sacrifice and by raising a jihadi generation that pursues death just as the enemies pursue life,” said Muslim Brotherhood Supreme Guide Muhammed Badi in a September 2010 sermon. Major terrorists came out of the Muslim Brotherhood, including bin Laden’s deputy Ayman al-Zawahiri and Khalid Sheikh Mohammed (mastermind of the 9/11 attacks).

My question: If the Muslim Brotherhood rises to power and abrogates the longstanding peace treaty with Israel, do we get to take the Sinai back?
Posted by Dusty at 10:48 AM

So much for the fearmongering

There is no reason to believe the Brotherhood will treat non-Muslim minorities, such as Coptic Christians, as equals.

Yeah. So much for the "fearmongering"