The City of Berkeley debates Divestment.

Berkeley. A California city with its own foreign policy agenda.

The foreign policy branch of Berkeley’s municipal government has traditionally been the Peace and Justice Commission- however, the  Berkeley  Human Welfare and Community Action Commission has placed a divestment from Israel proposal on its agenda, and it will be heard tonight.  Professional anti-Israel activist Dalit Baum has been leading the lobbying effort to pressure the Commission.

Its an odd and wholly inappropriate choice.  The Commission’s mandate is to  advise  the  City Council  “concerning social welfare needs.  Creates citizen awareness and encourages improved standards.  Assists in the administration of the Community Action Program.”

Anti-Israel activists have hijacked a commission meant to find solutions for struggling local families, and are using it to force through a one-sided, divisive  resolution on a foreign conflict thousands of miles away.

The meeting is scheduled for tonight at 7:00 pm. Speakers are needed. 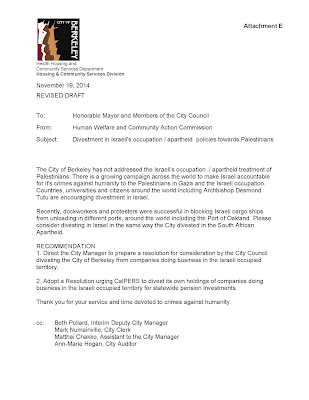 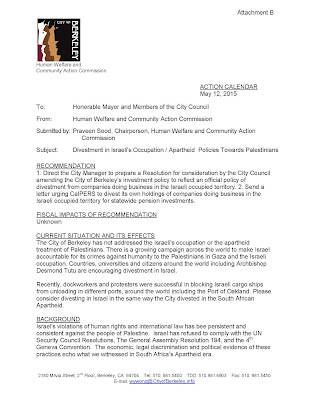 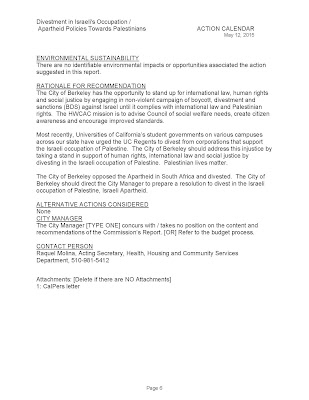 Our municipal tax dollars at work. Thanks, Berkeley.

Emunah attended the hearing and reported that Jewish voice for Peace packed the room, and heckled and harassed the few anti-divestment speakers. 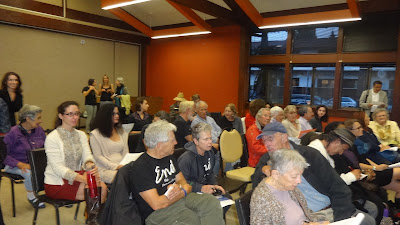 The resolution is currently being reworked and reworded, and will be re-examined in 30 days.

To Jewish Voice for Peace's Gabi Kirk, this counts as a "lose".  After all, 30 days will give the mainstream Jewish Community time to weigh in and express their displeasure. And JVP knows that when all voices are heard they cannot prevail.   They can't win on a level playing field.