Arabs attacked an Israeli vehicle Sunday with rocks, as it traveled between Tekoa, in the Etzion Bloc, and the southern Jerusalem neighborhood of Har Homa. 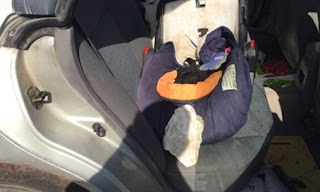 A married couple and their six-month-old daughter were in the car. The car's windows were badly smashed but miraculously, the parents and child were unhurt. 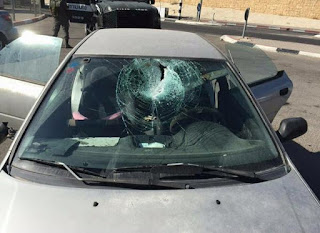 The father said afterward that Arabs with covered faces attacked the car not far from an IDF roadblock. One rock penetrated from the front of the car, flew over the baby's head, and struck the rear seat, where it was stopped by the baby seat.

And meanwhile, on social media,

That's what Arabs do best-throw rocks.