On Friday, October 18, Omar Barghouti spoke to an audience at UC Berkeley's Dwinelle Hall in an attempt to justify academic boycotts as part of a continued effort to isolate Israel.
Via Emunah:
UC Berkeley Students meet Omar Barghouti's message of BDS intolerance with their own of academic freedom and free exchanges of ideas between all people.
"Silencing ideas is stiffing progress" 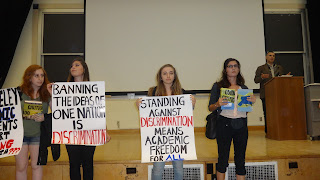 "Standing Against discrimination Means Academic Freedom for All" 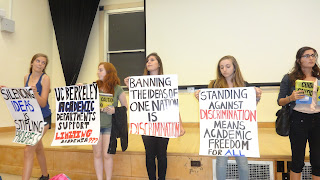 "Banning the ideas of one nation is Discrimination" 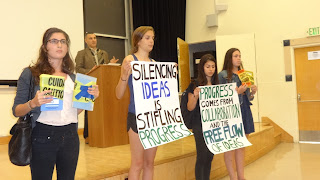 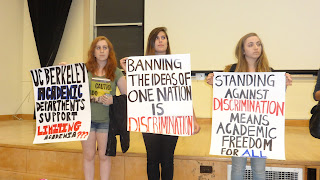 This assault on academic freedom was sponsored by several UC Berkeley academic departments, including

Barghouti-like a bad dose of herpes-is back in the US.