American Muslims for Palestine is looking for "Palestinian" artifacts  to display at their November convention. 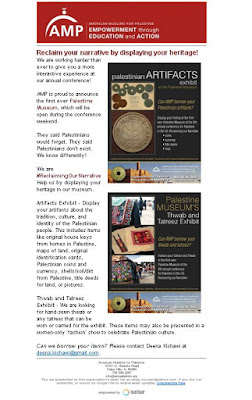 Their call for "coins and currency' is illustrated by the coins of the colonial power, the  British Mandate. 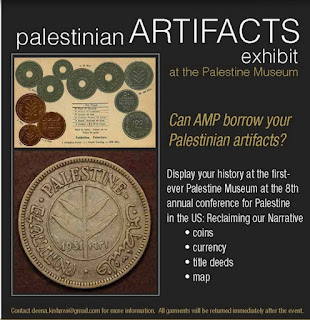 B'nai Brith International highlights the history of the coins here

In September, 1923, the formal start of the British Mandate for Palestine went into effect. At that time, there was no stable economic system. There were a great number of coins and currencies used from different countries: Turkish, American, numerous European, Russian and Indian. Stamps were sometimes used. Barter was common. Something had to be done. On July 24, 1922, in London, the League of Nations formalized the Palestine Mandate, by issuing a covenant that had 28 articles. Article 22 was concerned with the economy. It read: "English, Arabic and Hebrew shall be the official languages of Palestine. Any statement in Arabic on stamps or money in Palestine shall be repeated in Hebrew and any statement or inscription in Hebrew shall be repeated in Arabic."

The design was controversial from the very beginning

"To conform to the Balfour Declaration, two additional Hebrew letters were added in parentheses next to the Hebrew script on the coins. These letters, the aleph and yod, were an abbreviation for Eretz Yisra'el, "The Land of Israel." This infuriated the Arab citizens who rioted in protest. Orthodox Jews were also displeased with the text as they believed only the Messiah from the house of David could reestablish the historical Kingdom of Israel. These conflicts still rage on today."

No one doubts that the the British mandate for Palestine existed, and its unclear how  exhibiting coinage that  proclaims the "Land of Israel" supports the AMP claim of the historic existence of a Palestinian people.

A quick search of the New York Times Historical index shows that common use of the term "Palestinian" did not begin until 1970. 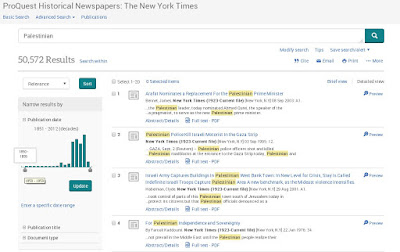 Before 1970? Guess who the term "Palestinian" referred to? 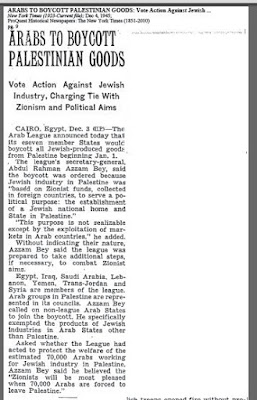 American Muslims for Palestine  knows the true history of the coinage- in their promotional material advertising their conference  they deliberately cut out the Hebrew writing. 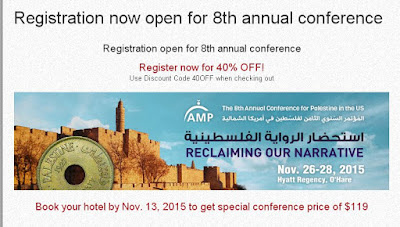 After all, you cannot  'reclaim a narrative' with eliminating an existing one.
Posted by Dusty at 8:40 AM

will they have fossils there to of the palestiniosaurus? it roamed around a little over 3000 years ago in what is today modern Israel.

Have they checked Area 51?