A facebook page has been set up promoting the first ever gay pride parade in Gaza, scheduled for Thursday, November 1, 2012

I've got a bad feeling about this, because, well, Gaza is neither free nor liberal. 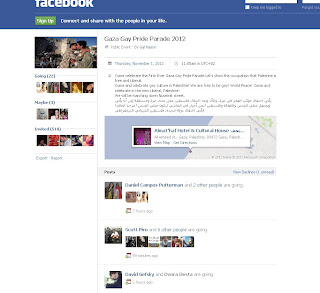 The location is listed on facebook as the Almat'haf Hotel & Cultural House Alrasheed st., Gaza, Palestine, 00972 .

The Almat'haf facility is just what we've come to expect from the worlds largest open air concentration camp. They have lush landscaped grounds 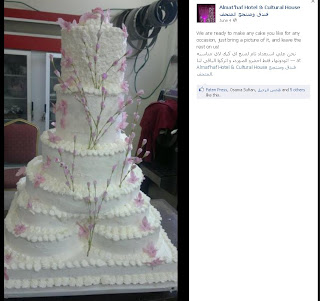 They take particular pride in their wedding cakes 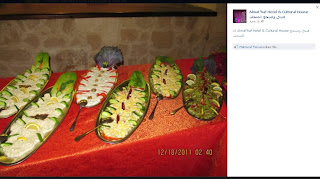 Their buffet looks nice, too. About what we've come to expect from an area frequently compared to the Warsaw ghetto.

Will there really be a Pride Parade in Gaza? Will participants survive the experience? Stay tuned.

i heard OUIT (queers undermining Israeli "terrorism") were co-sponsoring the gaza pride parade but were declining to go march themselves. go figure?