Why you should shop at Cliff’s Variety in San Francisco

In the summer of 2009, a small group of anti-Israel activists took it upon themselves to vandalize Israeli products at Trader Joes. 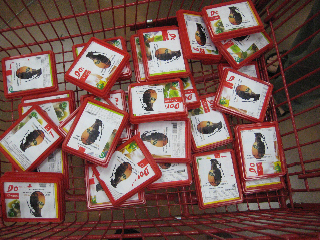 Trader Joes made it perfectly clear what they thought this, and highlighted their Israeli products with special promotions and displays. 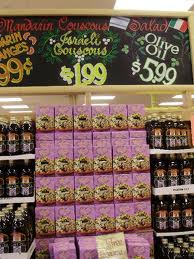 Consumers throughout the nation fought back- and a successful "buycott" campaign was launched. There was no Israeli couscous to be found for love or money in any Trader Joes across America. The stores sold out.

The BDS holes slunk away, tails between their legs, and Trader Joes fell off the boycott list. Never to be mentioned again. Yep. BDS fail.

The lesson for the rest of us?

When we fight back we win.

Fast foward 3 years. The latest object d'ire of the BDS holes is now Sodastream- a phenomenally successful home carbonation machine. Green. Economical. Fun. Its available all over- from Walmart to Sur la Table- from the big box stores like Costco to venerable Mom and Pop businesses like Cliff's Variety in San Francisco Whats not to love?

To the BDS ers- only one thing matters. Sodastream is an Israeli company.

From Jon at Divest This:

Why you should shop at Cliff’s Variety

Well I was hoping to post some of my own BDS Christmas carols to give our tone deaf (in every meaning of the phrase) friends in BDSland something to work with other than their own contrived and butchered rhymes.

Unfortunately, everything I came up with was sung to the tune of a Gilbert and Sullivan number (no doubt an artifact of a childhood reading Mad Magazine “Sung to the Tune of…” features). So my long-delayed BDS musical will have to wait until better inspiration strikes.

Especially since the best piece of inspiration I’ve received this holiday season comes from this little shop that could, not in Bethlehem, but San Francisco:

Two things I found inspirational from this episode of the type of BDS Christmas abuse mentioned previously include:

◦For those who occasionally feel overwhelmed by perpetual propaganda attacks on Israel, check out the video to see the true face of BDS at one of its Ground Zero locations (San Francisco), a face both pinched and self-righteous, with a fat mouth singing incomprehensible lyrics out of tune. If that is what we are fighting (which we are, at least on the domestic front), is it any wonder that we’re winning?

◦And check out the guys and gals who work in a variety store to make their daily bread (vs. the BDSers who seem to enjoy a lifestyle that gives them plenty of time to abuse Cliff’s shoppers during the holiday season). As far as I can tell, the guys who introduced the BDS Bozos to the pavement outside their store were not motivated by Zionist affiliation. Rather, they were simply insisting that they were not going to serve as props (or, in this case, have their store serve as a set) for someone else’s demented morality play....

What can we do to help?  First of all, visit Cliff's Variety at  479 Castro Street San Francisco.

If you own a Sodastream, consider buying your flavorings and refill equipment there.  Even if you dont, Cliff's is a beloved  neighborhood institution- its a great place for housewares, hardware, art supplies. Visit Cliff's- show them some love, and thank them for not giving in to bullies.
Posted by Dusty at 11:55 AM

According to one of the managers "The guy with the purple hair [seen in the video] tried to bite my employee." Its getting ugly out there. In more ways than one.

that's pretty much the same crowd that was at Union Square on Black Friday. but it looks like the hideous kate raphael bender was with them this time.

Its a handful of low-lives from Global Exchange (never shop there, btw), including Dalit Baum, and from Sabeel, who are showing their Christian values by harassing employees at a mom and pop store in the Castro. These people are evil.

talk about apartheid? you might find it interesting to know that syrian born palestinian refugees fleeing the fighting in syria are being turned away at Jordanian refugee camps.﻿ although they are syria citizens their documents identifies them ethnically as palestinian. Jordan is holding some sort of grudge over some conflict between Jordan and the palestinians some 40 years ago. i heard the story on NPR but later did a Google search and found various articles about it. key words: Syrian Refugees Jordan palestinian