And it might be true, except the child was  Mohammed Ziad Sulaimeh aged 17. He attacked a border guard, near Hebron brandishing a metal toy gun that he aimed at the head of the Israeli.

How was it reported by the ISM? 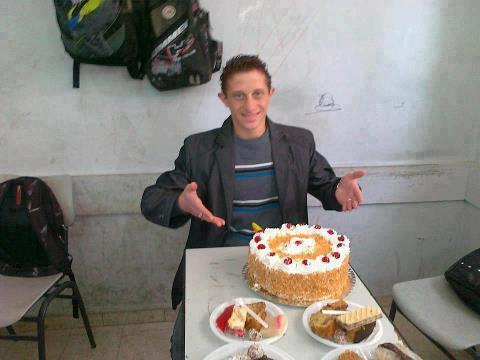 Mohammed Ziad Salaymeh was murdered near the Ibrahimi Mosque in al-Khalil (Hebron) on his 17th birthday.

The doctor on the scene said that local women were arguing with Israeli forces who were preventing them from reaching Salaymeh.  “I followed the women and when I felt his pulse, I found that he was dead”.

At this early stage there are varying reports of the shooting; some say the teenager was carrying a cake in a box which was believed to be a weapon others suggest he had a toy gun. Either way his life was stripped away from him at far too early an age...


Just another example of how the Palestinians and their ISM enablers are willing to stretch the truth until it fractures. They'll do anything-anything- to convince the world of the eternal victimhood of the Palestinians,

What really happened? From the Times of Israel:


"The officer, a 20-year-old from Tel Aviv, recounted the events in interviews with Israeli media late Tuesday night, saying that she and two border police soldiers under her command were manning a checkpoint near the Cave of the Patriarchs when the young Palestinian approached them.

“Following the standard procedure, the soldier who was with me asked him for an ID,” she said. “The Palestinian handed him his documents and I entered the room to run a background check.”

While inside, she continued, she looked out and saw that the Palestinian had charged the soldier and drawn what appeared to be a pistol.

“With one hand,” she related, “he grabbed the soldier’s neck and pressed against him, and with the other he put the pistol to the soldier’s temple. In that situation, the soldier couldn’t break free or react.” the female officer, who was only a few meters away, cocked her weapon.

“I was looking for an angle from which to fire without hurting the soldier,” she said, and it was only after she ascertained that his life was in danger that she pulled the trigger.

“After the first shot, he continued to hold the pistol to the soldier’s temple, so I fired two more bullets,” she said, at which point the Palestinian fell to the ground, and she quickly kicked the gun away.

“It was my first time in a combat situation,” she said, explaining that she had reacted “exactly like I was taught.”

With a gun being held to the soldier’s head, there was no way she could fire a warning shot, the officer said. “My subordinate’s life was in immediate danger,” and it was important to fire without hitting him, she said."


The truth allergic folks at  the Free Gaza Organization wont  let the facts get in the way of their story. They tweeted that Mohammed was at a birthday party at school:

"Schools are not in session at night, schools don't  hold sessions next to IDF patrols (close enough to grab an IDF soldier), and even if they did, people who pull guns in front of IDF soldiers cannot be ensured that their actions will be without consequences. Quite simply, 'Free Gaza' has lied again in a bid to incite riots. What a shock.... "

Not to be undone, the ISM tweeted that the  youth was "unarmed".

The IDF Has released a clip that shows 17 year old Mohammed Ziad Sulaima viciously attacking the border guard in Hebron.  These are not the actions of a young man going to buy himself a birthday cake.

The youth’s name is variously spelled Mohammed Ziad Sulaima, Mohammad Zaid Awwad Salayam and Muhammad al-Salaymeh
It has been reported that his brother was released from prison in the Gilad Shalit deal
He was shot three (3X) not six or more as has been variously reported
Nothing could be less relevant than that he was shot on his birthday
The story that he was out to buy a birthday cake is dubious
He had a birthday party that morning
The Tomb of the Patriarchs is hardly the place for a cake shop
Who buys his own birthday cake, anyway?
He is described as teenager and youth
At age 16/17 most Israelis are preparing for their compulsory military service. He was not a child
The female Border Guard, herself, was only 20 years old
His weapon was not a clearly ‘toy’ gun.
It was a close enough replica to fool people who are used to firearms. Judge for yourself‡
In many jurisdictions close replicas of weapons are banned
The Border Guard acted in accordance with sensible regulations