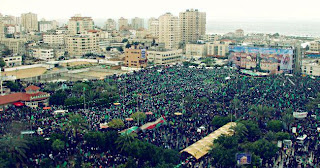 Hundreds of thousands marked Hamas' 25th anniversary in Gaza, with that symbol of enduring peace and brotherhood- an   M-75 missile on display.

This missile was also featured prominently on the 25th anniversary logo.  Why does anyone still claim that Hamas is willing to make peace with Israel? 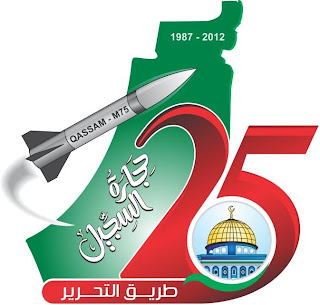 Hamas  leader Khaled Meshal , visiting Gaza for the first time declared . "Palestine is ours from the river to the sea and from the south to the north. There will be no concession on an inch of the land,"  "We will never recogniזe the legitimacy of the Israeli occupation and therefore there is no legitimacy for Israel, no matter how long it will take," he added

Participants of all ages filled the crowd, estimated by some at 400,000. 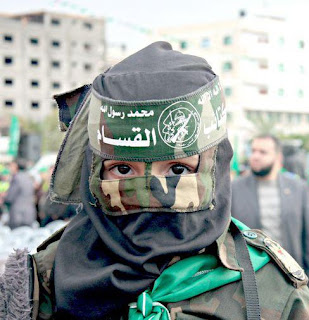 In case you've forgotten, in all the pomp and circumstance, what Hamas really stands for:.

ya see this is part of the problem with muslims. they're always thinking about things in abstract terms instead of being practical. do they ever stop for a second and think in the present tense about what have they done to make their lives better? or God forbid how to move forward and make their lives better in the here in now instead of what happens after they die? a hamas supporter in S.F. earlier this week told me "we're muslims and we know what's coming in the end". charming, how's that philosophy working out for ya so far?