A Lie told a Million Times is still a lie: Israel has the 4th largest army in the world 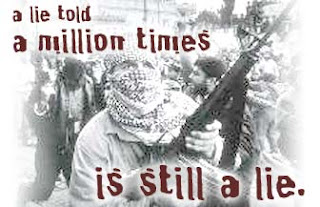 A lie told a million times is still a lie.


Its been said a million times, in a million different ways. Yet there is no credible source backing it up. Does Israel have the "4th largest army" in the world?

From the Huffington post to Rense to Iranian PressTV , this claim is made repeatedly, yet of the dozens of lists available on the web, not a single source bears this out.

In terms of size of the army: Nationmaster ranks Israel in position 17 in terms of army personnel
In a list of manpower fit for service, Israel ranks in dismal 88th place http://www.photius.com/rankings/military/manpower_fit_for_military_service_male_2011_0.html

In terms of defense expenditures: A list of countries by military expenditures from 2010 ranks Israel in 17th place, well behind such military giants as Canada, Spain and Italy

The CIA world factbook Military expenditures as a percent of gross domestic product (GDP); ranks Israel in 6th place, with positions 1-5 taken up by Oman, Saudi Arabia, Qatar Jordan and Iraq. The US is in 24th place in that list

So, where did the factoid "4th largest army in the world" originate from? It appears to have been invented from the fertile minds of the Israel bashers.