Berkeley Peace and Justice Commissioner Hatem Bazian has issued a call-out on his Facebook page to boycott Trader Joe's for daring to stock Israeli feta cheese.

Hatem writes
"Trader Joe’s is having Israeli Feta on its shelves! One more reason to stop shopping at the store. "

Hatem has tagged a short list of friends and colleagues to help promote the boycott of the beloved Trader Joes  grocery chain. 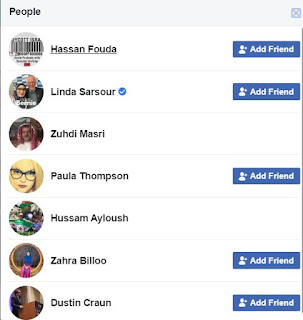 Hatem may not remember the 2009 BDS action against Trader Joes.  Trader Joes refused to be bullied and promoted the products with floor to ceiling displays.  Consumers followed with a "buycott' that ultimately lead to Israeli products sold out from stores coast to coast.   In their zeal to be supportive,  people bought cases of Israeli couscous. They began asking  "what is this small grain and what do I do with it?"  Shortly after, recipes began appearing in the blogsphere.

It was, as they say, a BDS fail of epic proportion, and a triumph of community led-grassroots activism.

The BDS cru retreated rapidly, sipping their kombucha and plaintively whimpering for their moms. 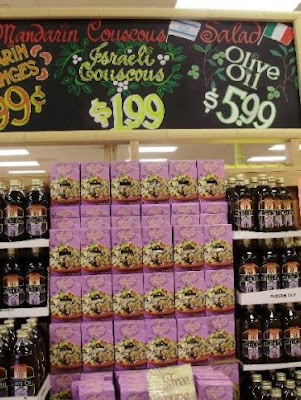 Since 2009, Trader Joes has added many more Israeli products to their shelves.

Hatem's little Facebook post may have sparked another  "run" on Trader Joes.  As of now, there are over 800 comments, on his post, with the vast majority supportive of Israel and Israeli feta.

Hatem, don't you know this by now?   Never, ever get between a Jew and their food.

And as of today, there is no Israeli feta left in stock in the area.  A new shipment is expected next week.  Thanks Hatem, for another BDS fail  feta accompli.
Posted by Dusty at 6:49 PM

that BDS witch doctor hatem still hasn't learned his lesson obviously. this latest BDS effort against Trader Joes will fail miserably just like jeremy corbyn's filthy labour party did in the recent UK elections. i already bought a bunch of PUMA in recent weeks and i'll be paying the Castro Valley Trader Joes a visit tomorrow.

Always great to see Bazian flop again. He is a discredit and an embarrassment to the entire University of California system. (Full disclosure: I taught part-time at UC Irvine for 18 years) The entire UC system, unfortunately, has too many professors who detract from the quality teaching of many truly professional TEACHERS. None has hurt the image of the University of California moare than Hatem Bazian.

Bazian washed up on our shores a couple of decades ago from the West Bank. As a student at San Francisco State, in his arrogance, he immeditely became a student activist harassing Jewish students over the issue of Israel. After all these years, he is now a professor at UCB still continuing in his odious campaign against the Jewish state.

I would like to cross-post your article on my own blog.