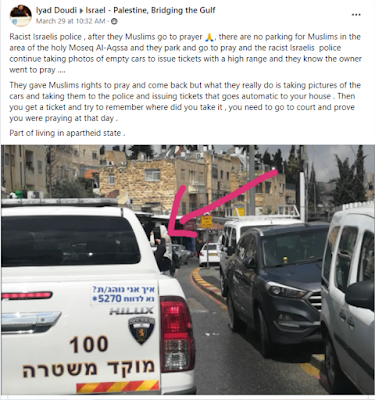 Iyad Al Dajani isn't above fabricating events to demonize the Jewish state. He has claimed the current bout of rioting on the Temple Mount are the result  of "terrorist Jews"  bringing lamb blood to Al Aqsa. 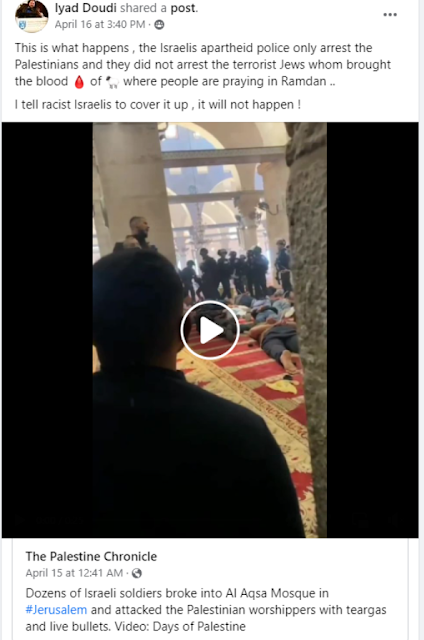 He has declared that the Israelis have elected "racist fascist" people to their Parliment and that they are implementing "Nazi laws" in Israel.   No, he isn't referring to the 17 Arab members of the Knesset. 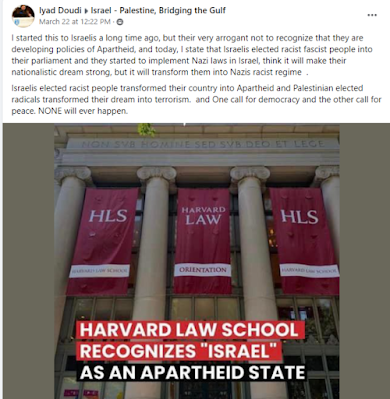 He refers to the Ukrainian refugees fleeing genocidal atrocities  as "settlers".  (Are the Ukrainians in Poland also "settlers", I can't help but wonder?) 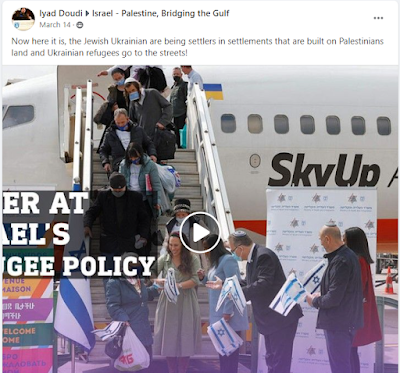 Iyad lies frequently, and is unhinged in his hyperbolic demonization of all things Israeli. 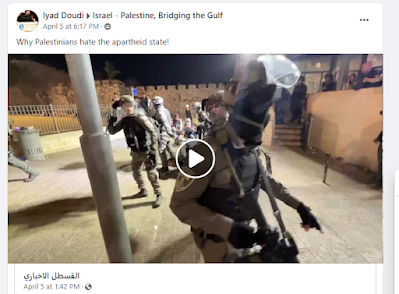 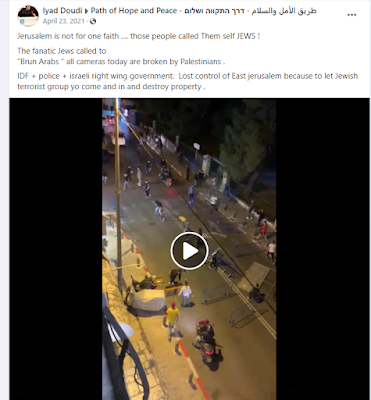 Iyad Al Dajani has blamed Israel after a misfired Hamas rocket took the life of Gaza fisherman.  Yet even Reuters got it right 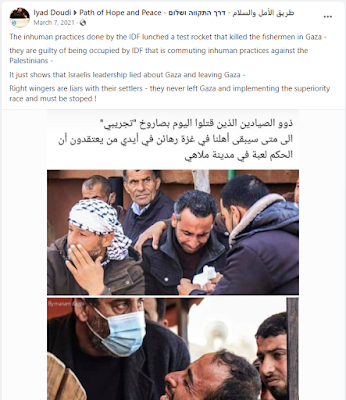 Iyad has acussed the IDF of being in the real estate business. 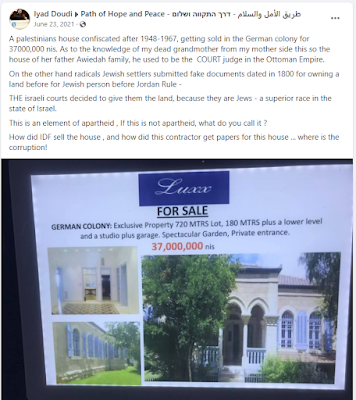 What makes Iyad Al Dajani any different from the mass of Internet trolls we see online? Iyad AL Dajani is a professional.

Check out his linked in profile

(Dr.Phil.) Iyad AlDajani is the director of the doctoral school for Reconciliation, Conflict Transformation, and Peacebuilding Studies at the University of Jena. He the executive director for the Academic Alliance for Reconciliation in the Middle East and North Africa. He is a very innovative and creative researcher in the field of overcoming violence, religious peacemaking, and reconciliation through applied Internet communication technologies applied to Scientific Computing and Digital Research. He researches how to conduct digital scientific research with all its innovative methods and techniques in mostly concerned with applied Ethics in Digital Humanities. He has also become one of the essential activists working on that field. 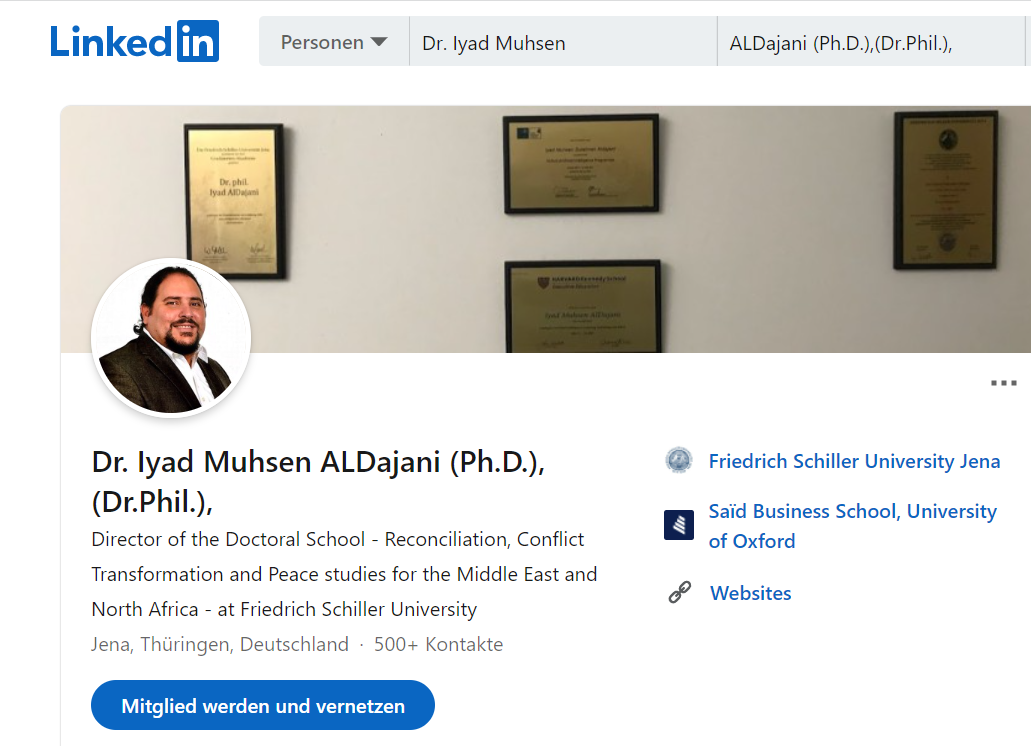 The director of the doctoral school for Reconciliation, Conflict Transformation, and Peacebuilding Studies at the University of Jena is a vile hatemongering internet troll. The lying, ignorant dealer in antisemitic tropes markets himself as an "innovative and creative researcher in the field of overcoming violence, religious peacemaking".

Is there any wonder there is no peace?

In "apartheid" Israel, Beduoin soliders are willing to fight and die for their nation.

During the holy month of Ramadan,  the Beduoin soldiers of the IDF's Desert Reconnaissance Battalion - 585th Regiment break their fast with an IDF-provided Iftar.

This is the real Israel where diversity is cherished and embraced, not the cartoonish villian portrayed by Amnesty International or Human Rights Watch.
(Photos via Uri Gobey)
Posted by Dusty at 8:47 PM No comments:

A major terror attack was thwarted in Israel

Early Saturday morning, information was received from Shabak regarding a terrorist cell traveling by car from Jenin to Tulkarem, with the intention of committing a large-scale terror attack

At 1:30 am, Israel's Yamam forces located the cell and attempted to carry out arrests.  The terrorists opened fire. Israeli forces returned fire, killing the three terrorists.  Guns and grenades were found in their car.

A will was also found in the car, encouraging the continuation of terror attacks against Israelis. 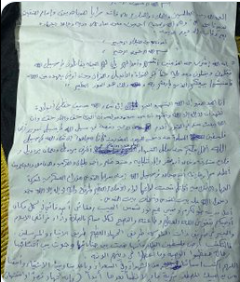 The terrorists have since been identified as belonging to Islamic Jihad.


Several hours later, in a joint IDF and Shabak operation troops from the IDF's Duvdevan Unit and Shabak apprehended the last terrorist suspected of being a member of the cell.

Islamic Jihad has vowed revenge for the deaths. 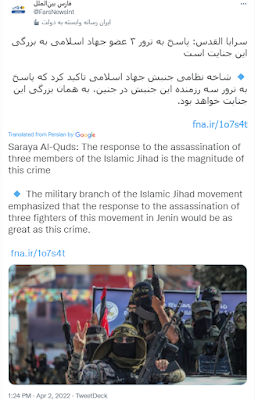 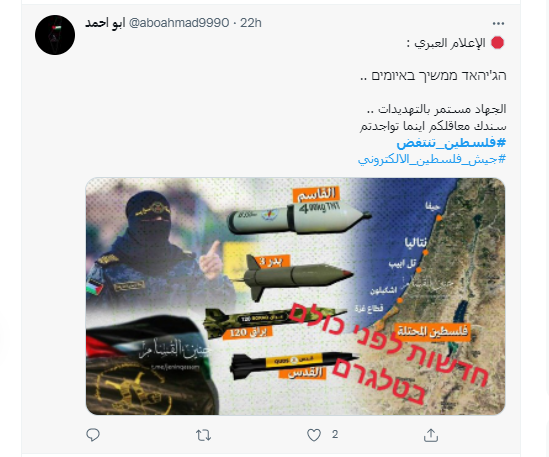