To Linda Sarsour, who once angrily proclaimed that you cannot be a feminist if you are a Zionist, meet  our fearless Jewish feminist champion, Ruth Bader Ginsburg z"l.

“I am sometimes asked ‘Who were your role models?’” Ginsburg said. “The term role model was not yet in vogue in my childhood,” she added, with a Hermione Granger-ish glint. “But thinking back, I recall two Jewish women both raised in the USA whose humanity and bravery inspired me in my growing up years.”
“Emma Lazarus was a Zionist before that word came into vogue,” Ginsburg said, praising the 20th century Sephardic writer. “Her poem ‘The New Colossus,’ etched on the base of the Statue of Liberty, has welcomed legions of immigrants including my father and grandparents — people seeking in the U.S.A. shelter from fear, and longing to find freedom from intolerance.”
Letting this swipe at anti-immigration politics — or, depending how you look at it, accurate representation of US history — hang in the air, the Justice went on. “My next inspirer: Hadassah-founder Henrietta Szold.” Szlold, who was apparently gifted with the same bottomless energy as Ginsburg, was a university lecturer, a prolific writer and editor, and an organizer who helped save thousands of Jewish children during the Holocaust. She also started night schools to educate Jewish immigrants who arrived in America in the late 19th century, the same kind, the Justice added, that educated Ginsburg’s father when he first arrived in America.
Additionally, as Ginsburg proudly added, “She was a Zionist even before Theodore Herzl came on the scene.”
Read the whole interview here: 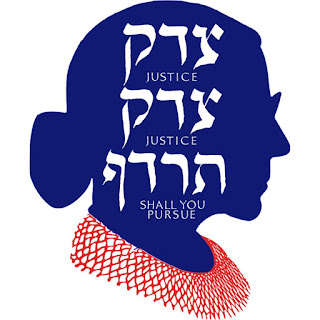