Conan O'Brien is in Israel 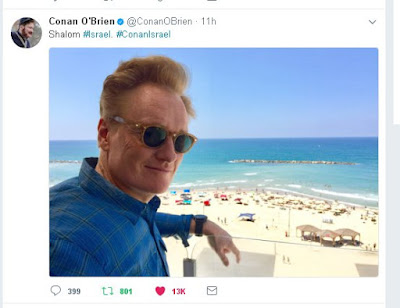 Who is Attorney Rose Mishaan and did she ever study Constitutional law?

According to Legal Insurrection, the silent vigils at Reem’s Bakery in Oakland are under a new form of attack. A local journalist, Mike Lumish, is being taken to court in an effort to silence his voice. His alleged transgression? He wrote about Reem’s Bakery egregious support of convicted terrorist Rasmea Odeh in the Jewish Press, and in his blog Israel Thrives.

Among Reem Assils' demands are that Mike stop posting “defamatory” remarks about her, her business or her customers online and in the media.

The case also raises serious constitutional and free speech issues, as the bakery owner seeks to punish protest, to halt or move continued protest, and a prior restraint of speech.

What kind of attorney would support an action that flies in the face of our Constitutional protections of free speech and public assembly?

Apparently the answer is “An ideologue”

Reem's attorney, Rose Mishaan  visited Gaza with a delegation from the National Lawyers Guild. She was accompanied by career anti-Israel activists, including  Huwaida Arraf, co-founder of the ISM. Her reports from Gaza, naturally, are devoid of context and completely ignore Hamas's terror attacks against the Israeli people. 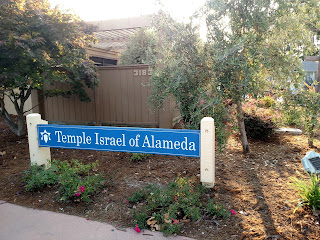 Reported in the J weekly

Police in Alameda are investigating what appears to be vandalism at Temple Israel in Alameda.

At about 6pm on Aug. 17, congregational president Genevieve Pastor-Cohen sent an email letter to the congregation stating, “in the morning, it was discovered that two classroom windows had been smashed,” and noting that police and Harbor Bay Security had been notified.

“During our Weds. Aug 16th Board of Directors meeting, we discussed the possibility of our synagogue being a target in our small town of Alameda especially with the ongoing expression of bigotry and anti-Semitism,” the letter continued. “It breaks my heart and soul to be exposed to this type of mindless and senseless action especially aimed at the community I (we) love.” 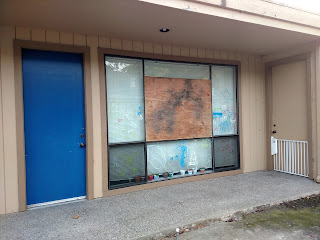 The Davis, California community gathered Wednesday evening, August 8 in response to the call to genocide the Jews from Imam Ammar Shahin of the Islamic Center of Davis, rejecting his tepid apology. 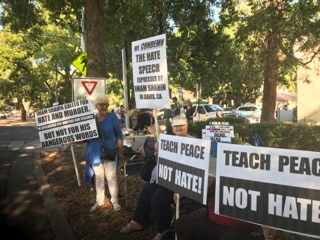 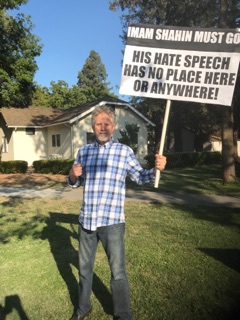 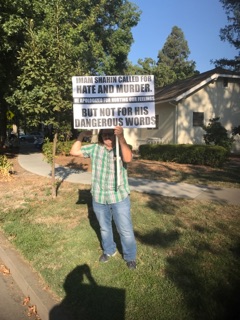 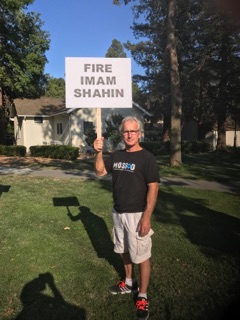 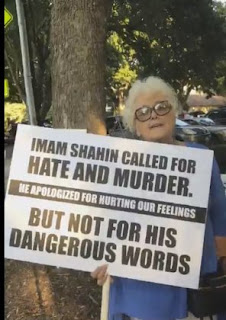 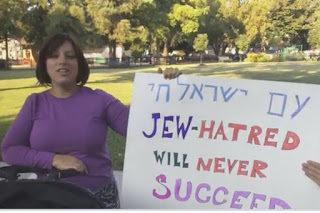 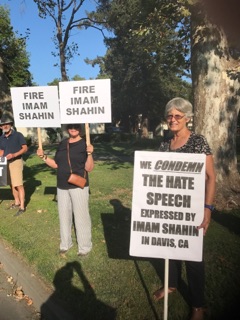 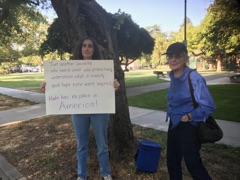 Reem's Bakery in Oakland, notorious for its mural glorifying convicted terrorist Rasmea Odeh is being featured on a new food & farm tour, with the theme Crickets and Community: Women Changemakers Food Tour. CUESA - the Center for Urban Education About Sustainable Agriculture is sponsoring the event.

As of yesterday, the First National Bank of Northern California was also listed as a sponsor. After a letter writing campaign that appears to have originated here, their name has been taken off the page promoting the event.

Its not clear if the First National Bank of Northern California has actually pulled their sponsorship of the event or has simply removed their name from the event page. In either case, they've recognized that they don't want to be publicly associated with the toxic plume of Reem Assil, and that is a good thing.

Its not over yet. Please contact the Center for Urban Education About Sustainable Agriculture's facebook page for the event, and let them know why hate, bigotry and intolerance will never be accepted in our community.

UPDATE:
The Center for Urban Education About Sustainable Agriculture has cancelled the event.