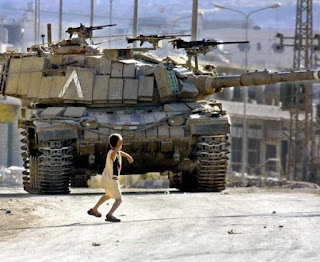 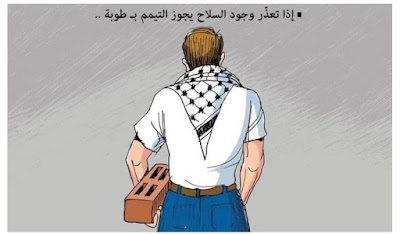 The world is at a standstill with shelter in place orders interupting all but the most basic routines.  Governments are investing significant resources to test and treat Covid-19 patients. Scientists are studying the virus, looking for points of weakness, and potential vaccines.

And in Gaza, they are shooting rockets at Israeli civilians, and digging terror tunnels.

On Tuesday, a rocket was fired from Gaza, targetting Israeli civilians in the southland. And today the military wing of Hamas- the al-Qassam Brigades- announced the death of 25-year-old Moamen Ahmed Abu Hajar after a terror tunnel he was working in collapsed.

Two examples of the woefully misplaced priorities of Hamas, directing their resources towards terror.

Moamen Abu Hajar was given a hero's funeral in Gaza, with no adherence to the  "social distancing" guidelines meant to reduce the spread of infection. 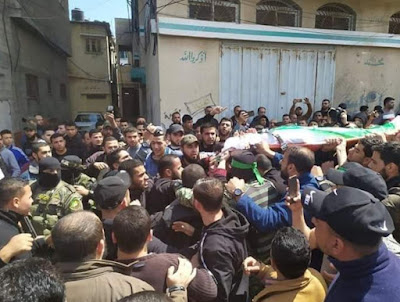 Moamen Ahmed Abu Hajar in happier times, presented for those that still claim the tunnels are the work of a desperate starving people. 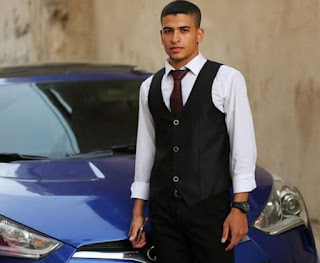 Why is Hamas spending its money, its time, and its energy on terrorism in middle of a global pandemic?  Why do they continually prioritize taking Jewish lives, rather than saving Palestinian ones?
Posted by Dusty at 9:21 PM 2 comments:

Mays Abu Gosh's history is difficult to ferret out,  so dominant is the Palestinian narrative on the Web.  She's either

depending on what what piece of agitprop you're reading.

Cospicuously absent from the online  #FreeMays puff pieces are any mention her family, and their history of violent terrorism directed against the Israeli people

Mays Abu Gosh's brother Hussein murdered a 24 year old, Shlomit Krigman, in front of a Beit Horon grocery store in 2016. He was shot by a security guard after he tried to attack  others in the  store. The 17 year old Hussein (yes, another one of the "children" dead in the conflict) had planned to detonate 3 pipe bombs before he was neutralized. His accomplice Ibrahim Osama Allan, 23,  was also killed

Mays Abu Gosh 's cousin Hussein Salem Abu Ghosh, 24, attempted to ram his car into a bus stop, near the town of  Kochav Yaakov.  He was shot to death, still clutching his  knife.

Mays Abu Gosh is a member of Al-Qutub, the student arm of the terrorist PFLP group on campus and was found with several firebombs in her possession.  (descibed in some of the online hagiographies as "organizing nonviolent student activities" ) She 's been sentenced to 16 months in prison, and a fine of 2,000 NIS.