An Open Letter to Iyad Afalqa, Chair of the Arab American Caucus of the California Democratic Party

Posted today February 22, 2019, by the Progressive Zionists of the California Democratic Party, a group working feverishly to save the Democratic party from the rampant anti-Semitism that  plagues the UK's Labour party, way across the pond.

An Open Letter to Iyad Afalqa, Chair of the Arab American Caucus of the CDP:

We, members of Progressive Zionists of the California Democratic Party (CDP) condemn the hateful and false depiction of Zionism and the unmistakably antisemitic tropes in the article you chose to share in the CADEM Delegates page on February 18, 2019 entitled “All Zionist roads lead to genocide.”

Here, for example, are excerpts that contain some of the most dangerous slanders we have seen trafficked in Democratic Party leadership circles:
“Zionism and its denialism appeals to white supremacists in the United States who similarly are in denial of the American genocide of Native Americans and enslavement of black Africans.”
“Zionism has always been a white supremacist, settler colonialist, anti-democratic, right-wing ideology, which has demanded a loyalty based on nationalist racism. Zionists of all sorts, including of the liberal kind, have collaborated with anti-Semitic forces towards a mutual goal of global apartheid, often at the expense of Jews who live outside Israel."
The article frames Zionism as responsible for an international conspiracy of global apartheid. This is clear and unbridled antisemitism found in the Protocols of the Elders of Zion, a famously false and hateful pamphlet alleging international conspiracy by racist, global Zionists. By itself, this trope has been responsible for the deaths of literally millions of Jews. This is the language we see being normalized in the article you shared.
It is historically inaccurate to claim that Zionism is a white supremacist ideology, as Zionist ideals are an embedded element of Jewish life—regardless of race or ethnicity. This is evidenced by the fundamental importance of Zionism as an aspirational ideal for Middle Eastern Jewish communities, or “Arab-Jews” for centuries. The hope of the return to the indigenous Jewish land of Israel was a central element of Jewish prayer and thought in Arab countries since the Babylonian exile—when Jews were forcibly taken as slaves from Jerusalem to modern day Iraq some 2,500 years ago.
In the 20th century, under the color of law, Arab governments routinely employed anti-Zionist tropes and laws against Jews in order to incite pogroms and state sanctioned persecution which ultimately led to the ethnic cleansing, dispossession and displacement of close to one million Jewish refugees from countries throughout the Middle East and North Africa (MENA).
Fortunately, 650,000 of these victims found refuge in Israel, and today their descendants comprise half of Israel’s Jewish population. Many came to America and our own state of California. They are your constituents, however, the language you perpetuate here fundamentally undermines their safety.
We believe you are a good person who cares deeply about justice for the oppressed. We also believe that your desire in posting this egregious opinion piece was not due to hatred of any people or persons, but rather to a misunderstanding of what Zionism means to the majority of Jews in Israel and the diaspora, particularly those from MENA lands.
Because you are an important leader in the CDP, we ask of you the following:
1. That we set up a respectful conversation with you and Jews from the Middle East and North African diaspora to learn more about the personal experiences of former Jewish refugees, to understand the critical role of Israel in the lives of Jews from Arab countries, and to explore opportunities and points of connection.
2. That you work with them to help bring their stories to the Arab American Caucus meeting at the CDP Convention in San Francisco in May/June to share what the Democratic Party means to them as former Middle Eastern refugees.
Thank you for your attention to these critical and pressing matters. We look forward to helping to restore the discourse to one of fairness, truth, and decency, and ask for your help in doing so.
Sincerely,
Founding Members of Progressive Zionists
of the California Democratic Party
Andrea Beth Damsky
Matthew Finkelstein
Susan George
Paul Kujawsky
Micha Liberman
Lauren Rose
Posted by Dusty at 6:42 PM No comments: 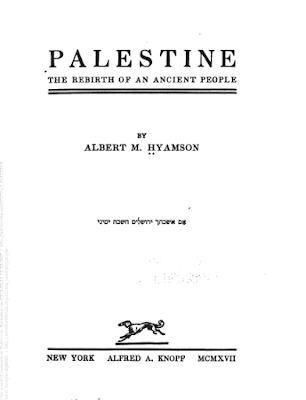 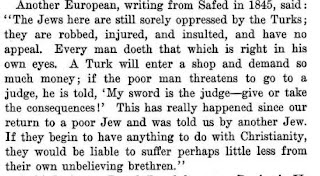 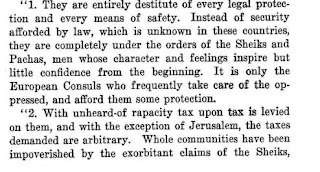 According to the Coordination of Government Activities in the Territories Unit (COGAT), over 20,000 permits were issued to Palestinians living in West Bank to enter Israel for medical treatment,  up by nearly 3,000 from 2018.

Medical coordination between Israel and the Palestinian Authority has been ongoing since 1995 and continues to increase each year, despite ebbs and flows on the security and diplomatic fronts.

As one representative from the program who asked to remain anonymous explained, “treatment must go on” even in times of high tension, including during each of the two intifadas and the more recent uptick of violence in the West Bank.

The Israeli health coordinator trains Palestinian doctors in Israel, helping to improve their capacity to treat patients in the West Bank. Palestinian doctors are paired with professionals from Hadassah University Medical Center in Jerusalem and they become colleagues and friends.

In addition, this department facilitates health professionals from Gaza to attend industry conferences and seminars. This educational participation is designed to keep them current on up-and-coming medical advancements in order to contribute to the healthcare system in the Gaza Strip. In 2016, 275 medical professionals from Gaza received visas to participate in medical workshops and seminars in Israel.